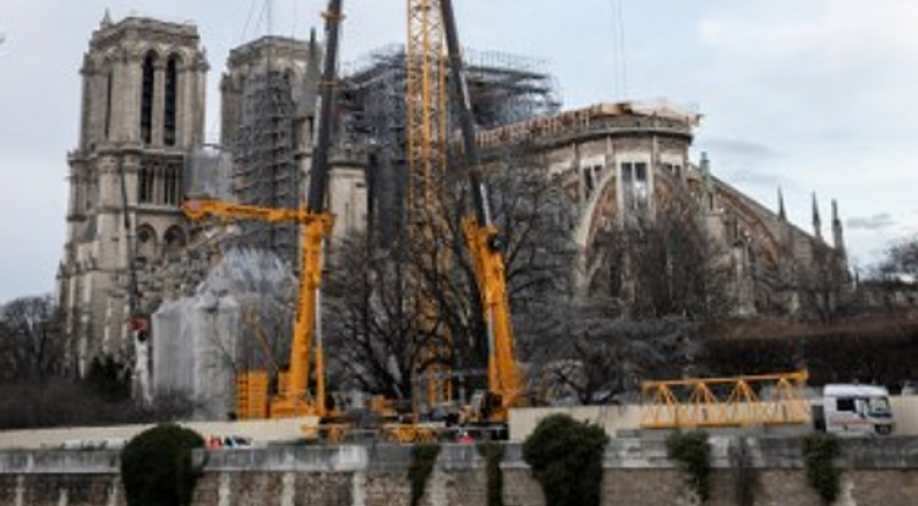 The Cathedral was last closed during the anti-Catholic period in the late 18th and early 19th centuries.

Notre-Dame Cathedral in Paris did not celebrate Christmas mass for the first time in over 200 years after fire ravaged the edifice in April.

The roof of the world famous cathedral had caught fire on April 15 toppling the spire causing it to collapse.

Several artefacts and paintings were lost in the fire even as people watched helplessly in France and around the world. The blaze was finally put out 14 hours after it began with 400 firefighters who worked ceaselessly around the clock.

The Cathedral was last closed during the anti-Catholic period in the late 18th and early 19th centuries.

On Tuesday, worshippers gathered at the nearby Saint-Germain l'Auxerrois church to celebrate Chrismas mass but could not hide their disappointment even as repair work continued.

French culture ministry had said earlier that one billion euros were needed to rebuild the structure. In October, French authorities had informed that 104 million euros were paid by over 350,000 donors.

However, there is still no consensus on how it should look after reconstruction. French President Macron has said he wants an innovative solution with several experts and worshippers who want it to be rebuilt just like the original structure.

Macron has set a five year time-table for the restoration to be completed.