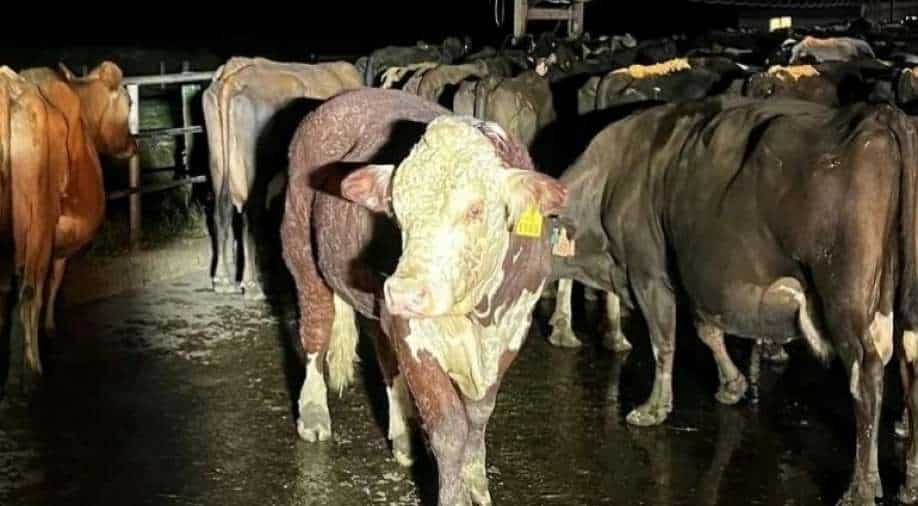 A New Zealand bull has been hailed a "legend" after it was swept along a flooded river and survived going over a waterfall before being dumped 80 kilometres (50 miles) downstream. Photograph:( AFP )

A New Zealand bull has been hailed a "legend" after it was swept along a flooded river and survived going over a waterfall before being dumped 80 kilometres (50 miles) downstream.

South Island farmer Tony Peacock said the 18-month-old bull was one of three washed away earlier this month when the West Coast region experienced its worst flooding in almost 80 years.

"We had a massive dump of water that we weren't expecting and just got caught out by not having stock on higher ground," he told AFP.

"It was daylight by the time I realised how bad it was and by that stage they were gone. I never thought I'd see any of them again."

But a week later, Peacock received a call saying one of his bulls had been found on the riverbank at Westport, about 80 kilometres away.

"It was a big surprise, as you can imagine," he said, noting the bull survived a 10-metre drop at the Maruia Falls during its watery adventure.

He said the Hereford breed bull, which was identified by an ear tag, is being transported back to the farm and would be retired after returning home.

"We'll be keeping him, he's become a local legend now," he said.

"He's more famous than anything else we've produced."

Peacock said the local school is now holding a competition to find a suitable name for the celebrity heavyweight.