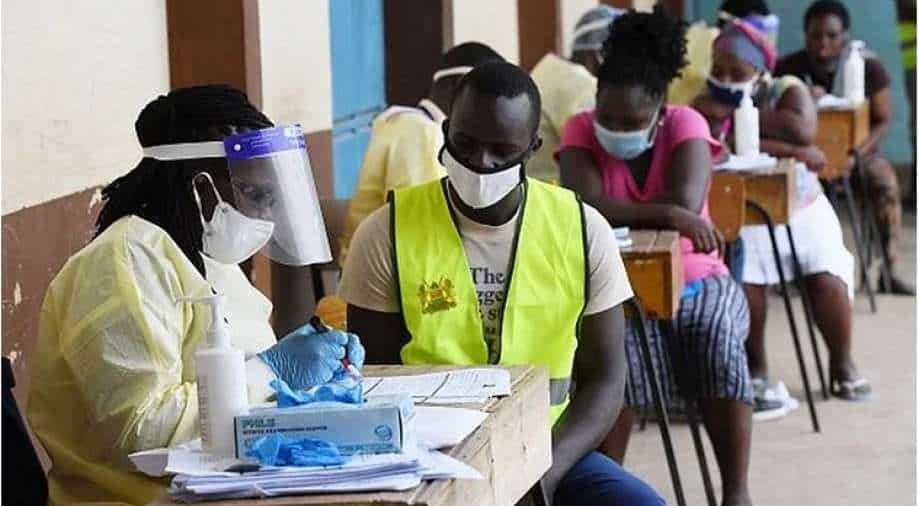 The discovery could add to new alarm in the pandemic after similar variants were announced in Britain and South Africa. Photograph:( AFP )

In the event of a red alert related to coronavirus, authorities in the states of Nigeria can restrict celebrations and gatherings to a minimum

Nigeria has put six states on red alert after seeing a "worrisome" rise in COVID-19 infections, a government official said, urging people to curb gatherings and hold prayers outside mosques during this week's Muslim festival Eid-el-Kabir.

Nigeria, Africa's most populous nation, is like most parts of the continent now facing a COVID-19 third wave after detecting the more transmissible Delta variant.

The head of the presidential steering committee on COVID-19, Boss Mustapha, said Lagos, Oyo, Rivers, Kaduna, Kano, Plateau and the Federal Capital Territory had been placed on red alert as part of preventive measures against the pandemic.

A red alert allows authorities in the states to restrict celebrations and gatherings to a minimum.

"These steps are critical as we begin to see worrisome early signs of increasing cases in Nigeria," Mustapha said in a statement.

Mustapha said there was potential for wider spread of the virus during the Eid-el-Kabir gatherings and said Friday prayers should be held outside local mosques.

Also read | Coronavirus will stay with us for the next 10 years, says vaccine creator

He also suspended Durbar, an annual Muslim festival in northern Nigeria, which is marked by colourful horse riding events watched by large gatherings.

Last week, Nigeria, which has recorded 169,329 cases and 2,126 deaths said it expected to receive nearly 8 million additional doses of COVID-19 vaccines by the end of August, including from a U.S. government donation.