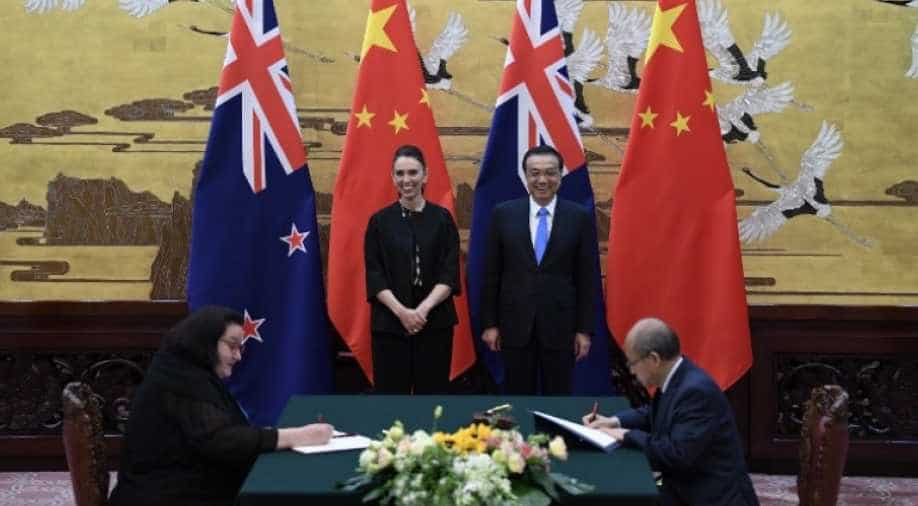 Ardern made the remarks as she met with Premier Li Keqiang at Beijing's Great Hall of the People on her first trip abroad since the Christchurch mosque attack.

Ardern made the remarks as she met with Premier Li Keqiang at Beijing's Great Hall of the People on her first trip abroad since the Christchurch mosque attack.

The trip is also Ardern's first trip to China since she was elected in late 2017 -- an unusually long wait for the leader of a nation that signed a pioneering free-trade deal with Beijing in 2008.

But Ardern Monday said her visit to Beijing aims to "underline the importance" she placed on ties with China -- New Zealand's largest trading partner.

"It is one of our most important and far-reaching relationships," she said.

Ardern had repeatedly played down the spat with Huawei.

Last month she said New Zealand was in talks to minimise the security risks posed by using the Chinese telecom giant's equipment in 5G infrastructure, raising the prospect of a compromise on the issue.

Li urged both sides to aspire for the "greatest common denominator" and that "when each side's businesses invest in each other's businesses, they can enjoy a fair, transparent, convenient environment".

Ardern called for upgrading New Zealand's free trade agreement with China and said the country "welcomed high-quality foreign investment", her office said in a statement after the meeting.

The two leaders also discussed ways for New Zealand to participate in Beijing's ambitious Belt and Road Initiative, a global trade infrastructure programme that includes Pacific island nations that traditionally fell under the spheres of influence of Canberra and Wellington.

Her short visit to China comes in the wake of a mass shooting at a mosque in Christchurch last month that left 50 people dead and prompted her to overhaul New Zealand's gun laws.

A longer trip had been planned, was but shortened to just a day following the attack.

Li expressed condolences for those killed in the shooting.