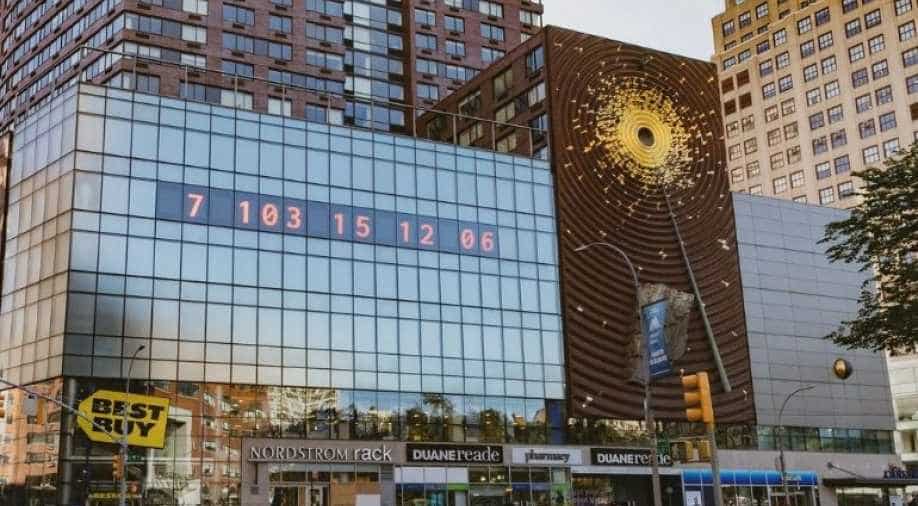 On Saturday, there were messages on display, one of which read 'The Earth has a deadline'

With the revamp to the iconic 15-digit digital clock installed in Metronome, New York, we will now get to know the window left to negate the effects of global warming before it becomes irreversible as claimed by its creators.

Gan Golan who is behind this makeover along with Andrew Boyd says it is their "way to shout that number from the rooftops", as quoted by The New York Times.

Golan and Boyd, who call their work "Climate Clock", said their project will be displayed till September 27, the end of climate week.

They want to permanently install this on the 14th Street building, One Union Square South or somewhere else.

Earlier, the duo had made a similar clock which can be held by someone on their hands for teenage climate activist Greta Thunberg before her appearance last year at the United Nations climate summit.

The work was also influenced by the Doomsday Clock, maintained online by the Bulletin of the Atomic Scientists, and by the National Debt Clock close to Bryant Park in Manhattan.

Golan and Boyd decided that their creation would have the most impact if it were shown in a very visible public space and presented as a work of art.