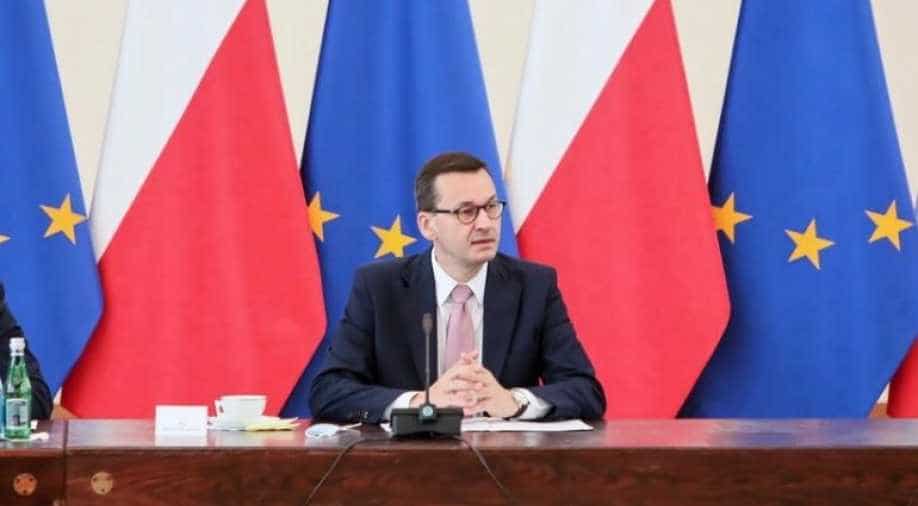 Poland on Thursday proposed an EU stabilisation fund for Belarus worth at least $1.2 billion, as a top opposition leader prepared to meet EU foreign ministers in Brussels.

Morawiecki, whose call for a “Marshall Plan” alluded to Europe’s reconstruction after World War Two, said the financial assistance forms part of the support package for Belarus which he will propose at the next EU summit on September 24-25.

Lithuania and Poland’s partners in the Visegrad Four grouping, Hungary, the Czech Republic and Slovakia, support the plan, Morawiecki said.

"The fund should really be significant... so at least a billion euros at this stage," he said at a joint press conference with his Lithuanian counterpart in Vilnius.

International Monetary Fund (IMF) could also contribute the fund, meant to prop up Belarus currency, stabilize its economy and allow the country to borrow on its own, Morawiecki said.

The plan also includes an opening of EU markets to Belarus businesses and easier visas to its citizens, to make Belarus economy less reliant on cheap energy from Russia, he said.

The proposal comes after weeks of unprecedented protests against Lukashenko's 26-year rule that have been met with a violent crackdown.

Journalists have also been targeted and on Thursday a number of independent Belarusian media ran with blank spaces instead of images on Thursday to protest the jailing of two photographers for 11 days for covering protests.

"We are demanding that pressure on journalists be halted," said tut.by, a top independent Belarusian outlet. "We will fight for our rights."

The protests followed a presidential election on August 9 in which Lukashenko and his rival Svetlana Tikhanovskaya both claimed victory.