'New era': EU, US decide to end dispute over steel and aluminium 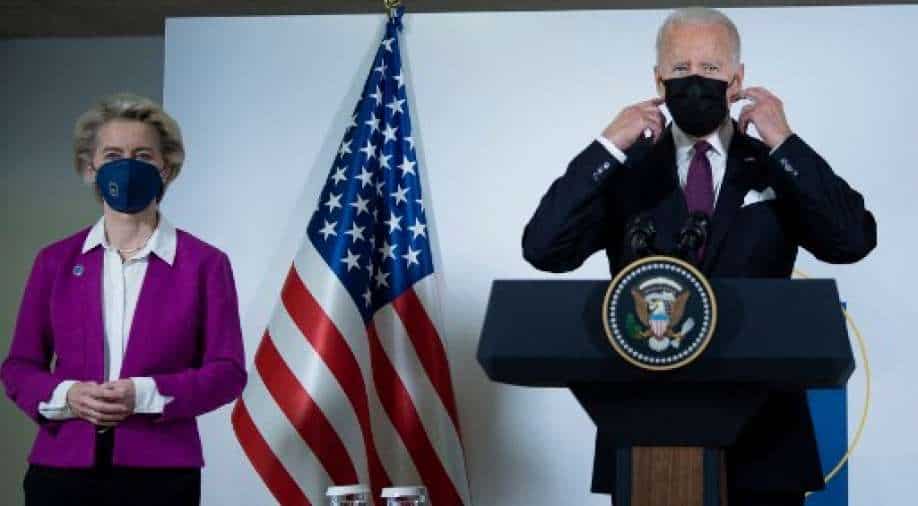 President Biden said the US and the European Union had reached a "new era" of cooperation.

As reports claimed world leaders had agreed to keep global warming to 1.5 degrees Celsius at the G20 summit, Ursula von der Leyen, president of the EU commission said in Rome that US President Biden and the European body had reached an agreement to suspend tariffs on steel and aluminium.

President Biden said the US and the European Union had reached a "new era" of cooperation.

This is a great day for our partnership with the EU. Reaching an agreement on steel and aluminum strengthens our economies and lays the groundwork for additional cooperation on our shared challenges.

"The United States and the European Union are ushering in a new era of transatlantic cooperation that's going to benefit all of our people, both now and I believe in the years to come," Biden said after meeting the European Commission president.

Reports claimed the G20 countries decided to reaffirm their support for the 2015 Paris agreement while "keeping the global average temperature increase well below 2 degrees and to pursue efforts to limit it to 1.5 degrees above pre-industrial levels".

The final draft reportedly said that "keeping 1.5 degrees within reach will require meaningful and effective actions and commitment by all countries."

The Rome summit is seen as a key stepping stone ahead of the COP26 summit where world leaders will gather on Monday.

Alok Sharma, the president of the COP26 climate summit called on countries to work together to avert global warming. The summit will be the "last, best hope to keep 1.5 Celcius in reach", Sharma said.