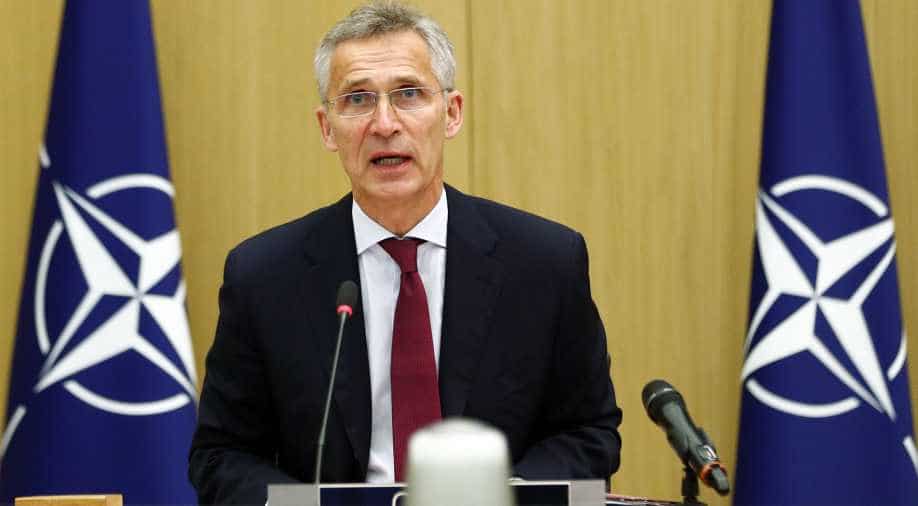 Belarus is not a member of NATO but has had ties with the military alliance since 1992 following the fall of the Soviet Union, and has maintained a diplomatic mission to NATO since 1998

North Atlantic Treaty Organisation (NATO) Secretary-General Jens Stoltenberg said on Monday (May 31) that personnel at Belarus' diplomatic mission to NATO will have their access restricted at the alliance's headquarters. This step comes just days after a passenger plane en route to Lithuania was diverted and forced to land in Belarus.

Belarus is not a member of NATO but has had ties with the military alliance since 1992 following the fall of the Soviet Union, and has maintained a diplomatic mission to NATO since 1998.

Belarusian personnel can attend seminars and meetings at NATO and in NATO countries as part of a cooperation partnership that tackles issues such as arms control and military education.

"We have decided to restrict the access of Belarusian personnel to the NATO headquarters," Stoltenberg told a news conference ahead of meetings of NATO defence and foreign ministers on Tuesday, without giving more details.

Earlier this month, Belarus had scrambled a military fighter jet to force Lithuania-bound Ryanair plane to land in Minsk. The reason given was bomb alert, but Belarusian authorities swooped in to detain dissident activist Roman Protasevich.

Protasevich has been a critic of Belarus President Alexander Lukashenko.

Asked about new Russian military formations and units, intended to be deployed close to the alliance's borders, Stoltenberg said NATO would continue to seek dialogue with Moscow, while also exercising troops for defensive purposes.

"It is important to manage difficult relationship with Russia with transparency on military activities, risk reduction and also for instance related issues like arms control," Stoltenberg told reporters.

Russia's ties with the West are currently accutely strained over jailing of Kremlin critic Alexei Navalny, a military buildup near Ukraine and allegations of election hacking.