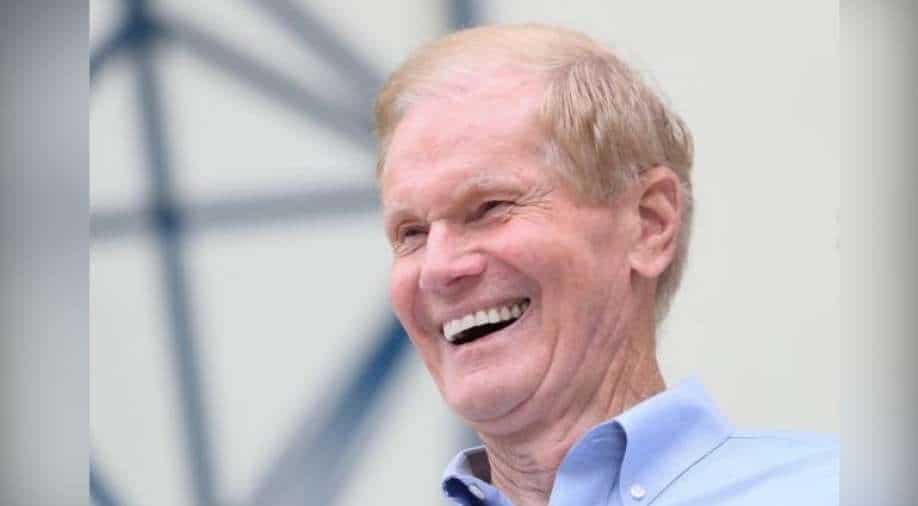 In his first interview since becoming NASA's top official this week, former Sen Bill Nelson said on Friday that tracking climate change is a top issue

NASA's new administrator is big on tackling climate and diversifying the agency's workforce, but hedging on whether the US can put astronauts on the moon by 2024.

In his first interview since becoming NASA's top official this week, former Sen Bill Nelson said on Friday that tracking climate change is a top issue.

He also wants to diversify the space agency's workforce so it reflects America.

As for landing astronauts on the moon, Nelson said the goal remains 2024, a deadline set by the Trump administration. But he cautions space is hard and he needs more time to review the matter, especially with a contract protest over the lunar lander for astronauts.

"We all know that space is hard," he said, noting there are often delays developing new technologies.

His underlying vision for NASA 'to explore the heavens with humans and machines'.

Nelson said he did not seek the NASA administrator job and had recommended three women to lead the space agency.

He said he told the Biden administration he would accept the nomination only if one of the women could serve as his deputy selected for the job: former space shuttle commander Pam Melroy.

Nelson, 78, is NASA's 14th administrator, the third to fly in space and the first to grow up in the shadow of rockets.

He was sworn in on Monday by Vice President Kamala Harris, who will head the National Space Council.

In a show of bipartisan space support, the two previous administrators took part in the ceremony, representing the Obama and Trump administrations.

Nelson steps into NASA's top job after 44 years of public service, 42 of them in an elected public office.

Nelson grew up near Cape Canaveral, graduating from high school a year before Mercury astronaut Alan Shepard became the first American in space 60 years ago this week.

He went on to law school and served in the US Army Reserve during the Vietnam War.

After a few terms in the Florida legislature, Nelson, a Democrat, won election to Congress, first in the House and then the Senate, before a 2018 defeat ended his political career.

It was while Nelson was a congressman that he rocketed into orbit aboard space shuttle Columbia in January 1986, just two weeks before Challenger's astronauts perished during liftoff.