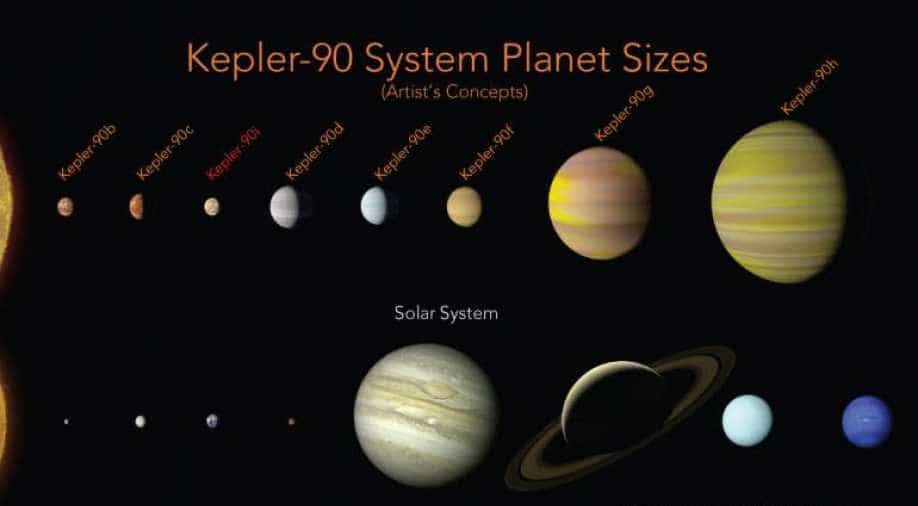 Kepler has confirmed that other stars can have large amounts of planets orbiting it, just like our own sun. Image NASA/Ames Research Center/Wendy Stenzel. Photograph:( Others )

NASA's Kepler Space Telescope, for the first time, has discovered an eighth planet in an alien solar system, the agency announced on Thursday.

Similar to the sun, other stars can have large amounts of planets orbiting it.

The star and its solar system were previously detected by the Kepler space telescope.

"Kepler-90i is the smallest of the planets in that alien solar system.

The new planet is estimated to be about 30% larger than Earth, is 'not a place you`d like to visit,' explains Andrew Vanderburg, astronomer and NASA Sagan Postdoctoral Fellow at the University of Texas, Austin.

Kepler Space Telescope was launched in 2009 and has made many discoveries about the planets beyond our solar system including identifying close to 4,034 planet candidates, 2,335 of which have been verified as exoplanets. 30 of those exoplanets have found to be similar in size to Earth, orbiting in their star's habitable zone.