'My head!': 7-year-old in coma after coach, elder boy slam him 27 times in 'judo practice' 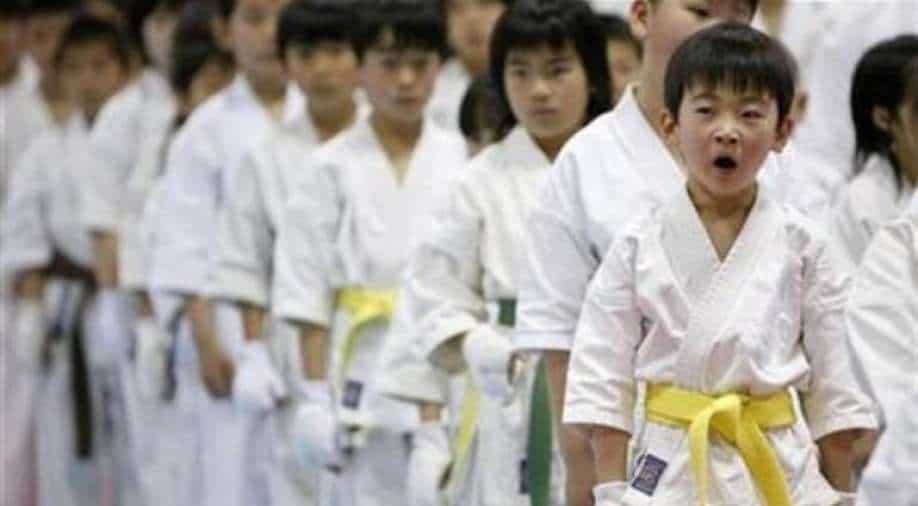 After losing a judo fight, a seven-year-old boy is now fighting for his life after he was slammed on the mat 27 times during a practice session.

WeiWei — child’s nickname — is a seven-year-old from Taiwan who is a fan of Super Mario and loves to spend his time playing different sports.

With his passion for sports, he convinced his family in April to let him take judo lessons. However, after two weeks of practice, he was thrown to the floor 27 times by an elder student. While Wei Wei made it clear that he was in pain, his coach kept ordering him to stand up and asked the elder boy to keep slamming the kid.

In a disturbing video, which has come out as a piece of evidence, Wei Wei can be heard screaming “my leg”, “my head” and “I don’t want it”, but the coach has also been caught on camera encouraging the elder student, instead of stopping the fight.

Not just this, when Wei Wei became too weak to get up, he was thrown on the floor several times by the coach himself, who is much bigger and stronger than the seven-year-old. The deadly training wasn’t stopped even when the kid vomited.

Soon enough WeiWei passed out and was taken to a hospital, where doctors announced that he has suffered severe brain hemorrhaging and has been in a coma since then on life support.

This has raised serious concerns about an existing debate of whether children are being abused in the name of culture.

The coach, in his late 60s, has denied any wrongdoing but has been placed in incommunicado detention after the parents held a press conference to raise the issue.

Surprisingly, WeiWei’s uncle was also present at the venue, and several other adults, who filmed the video to prove to WeiWei’s mother that judo might not be the best fit for him. However, nobody stopped the coach.

His mother said the kid’s uncle has felt terrible for what happened. “They may have been thinking since the coach requires it, I shouldn't oppose the coach's requirement,” she said. “We've seen many examples of this reaction and mindset; even in serious cases.”

WeiWei’s mother has once again urged people to talk about corporal punishment and child abuse in the name of culture. “Taiwanese people still don't put enough importance on this issue and even stay silent,” she said.

"We need to educate adults to really respect and protect children," Feng said. "This is the government's responsibility. The government and society need to re-evaluate themselves."