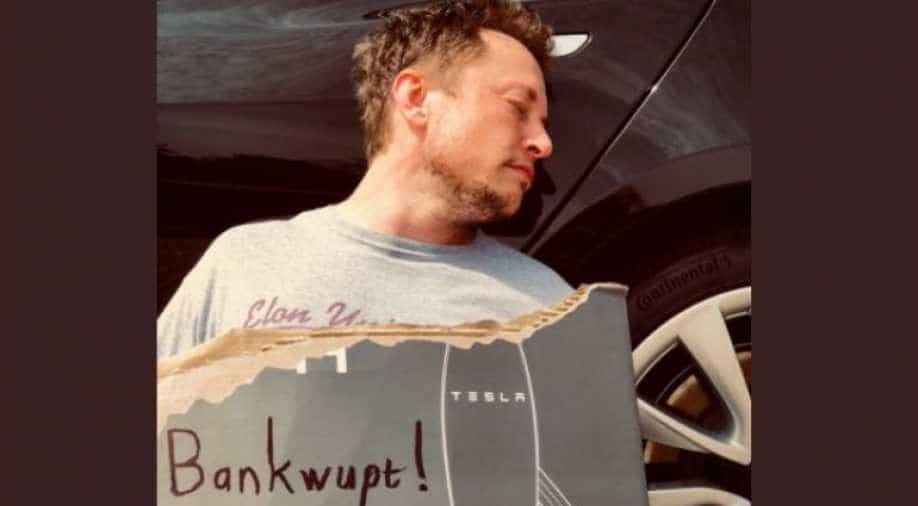 SpaceX CEO Elon Musk's recent Twitter activity reinstated that space exploration and a desire to 'colonise' the Red Planet are not the only areas of his interest, Musk likes to indulge in a hearty scoop of humour every now and then.

Tesla Goes Bankrupt
Palo Alto, California, April 1, 2018 -- Despite intense efforts to raise money, including a last-ditch mass sale of Easter Eggs, we are sad to report that Tesla has gone completely and totally bankrupt. So bankrupt, you can't believe it.

In an impulsive streak of tweets, not only did Musk tested his humour-quotient but also silenced reports suggesting Tesla's shaky financial situation.

There are many chapters of bankruptcy and, as critics so rightly pointed out, Tesla has them *all*, including Chapter 14 and a half (the worst one).

Musk's April Fool's joke cracked up Twitter while putting to silence all speculations around Tesla's finances.

"Despite intense efforts to raise money, including a last-ditch mass sale of Easter Eggs, we are sad to report that Tesla has gone completely and totally bankrupt. So bankrupt, you can't believe it," read one of his tweets.

Elon was found passed out against a Tesla Model 3, surrounded by "Teslaquilla" bottles, the tracks of dried tears still visible on his cheeks.

This is not a forward-looking statement, because, obviously, what's the point?

Tesla Inc shares fell more than 9 per cent last week following a downgrade by Moody's Investors Service, a probe by the National Transportation Safety Board of a recent fatal crash and concerns about Model 3 production.

Late on Tuesday, Moody’s Investors Service downgraded Tesla’s credit rating to B3 from B2. Moody’s said the ratings “reflect the significant shortfall in the production rate of the company’s Model 3 electric vehicle.” It also “faces liquidity pressures due to its large negative free cash flow and the pending maturities of convertible bonds.”

Moody’s said its negative outlook for Tesla “reflects the likelihood that Tesla will have to undertake a large, near-term capital raise in order to refund maturing obligations and avoid a liquidity shortfall.”

Trump had one last story to sell. The Wall Street Journal wouldn’t buy it