'Multiplying by the hour..': UN warns of escalating refugee crisis amid Ukraine invasion 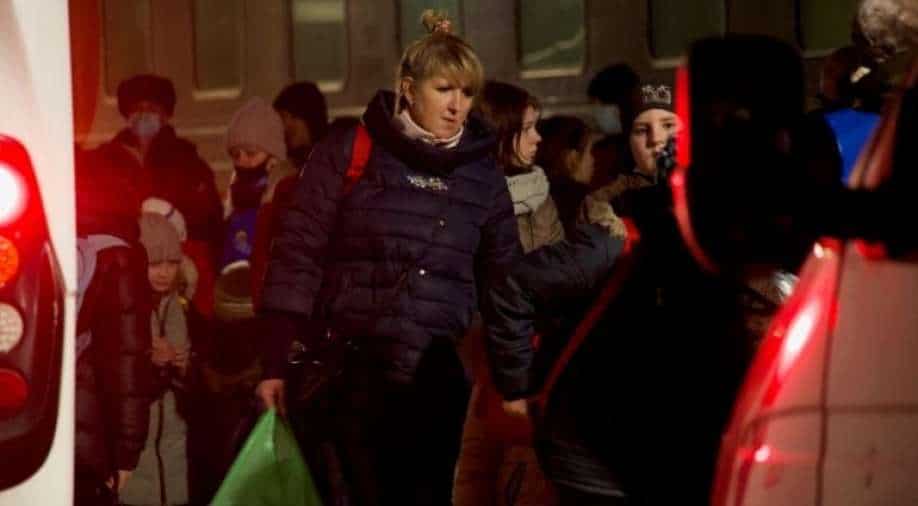 Linda Thomas-Greenfield, US ambassador to the UN, says an invasion could result in the displacement of another five million people, in addition to the three million already displaced by Russian military action in eastern Ukraine. Photograph:( AFP )

Cars were backed up for several kilometres (miles) at some border crossings as authorities in Poland, Slovakia, Hungary, Romania and Moldova

As the United Nations warned of an escalating refugee crisis, it claimed that over 50,000 Ukrainian refugees left Ukraine in the first 48 hours of the Russian invasion. UN chief Antonio Guterres took to his official Twitter handle as he wrote, "Humanitarian needs in Ukraine are multiplying by the hour. Civilians are dying. At least 100,000 Ukrainians have already reportedly fled their homes (sic)."

As per UN officials, most of these refugees have moved to Poland and Moldova. Polish Deputy Interior Minister Pawel Szefernaker on Saturday said 100,000 people have crossed the border into Poland from Ukraine since Russia's invasion this week.

"From the onset of warfare in Ukraine through today, along the entire border with Ukraine, 100,000 people have crossed the border from Ukraine into Poland," Szefernaker told reporters in the border village of Medyka, southeastern Poland.

Humanitarian needs in Ukraine are multiplying by the hour.

Civilians are dying. At least 100,000 Ukrainians have already reportedly fled their homes.@UN staff are scaling up the delivery of life-saving support. Their safety and freedom of movement must be guaranteed.

Cars were backed up for several kilometres (miles) at some border crossings as authorities in Poland, Slovakia, Hungary, Romania and Moldova mobilised to receive them, providing shelter, food and legal help. These countries also eased their usual border procedures, among them Covid testing requirements.

Russian leader Vladimir Putin launched a full-scale invasion of Ukraine, which has resulted in the killing of dozens of people.

Explosions were also heard in Kyiv's northern district Obolonsky as Ukrainian forces clashed with Russian troops on the streets.

Ukrainian defence ministry claimed 2,800 Russian soldiers have been killed, although Russia is yet to release its casualty figures.