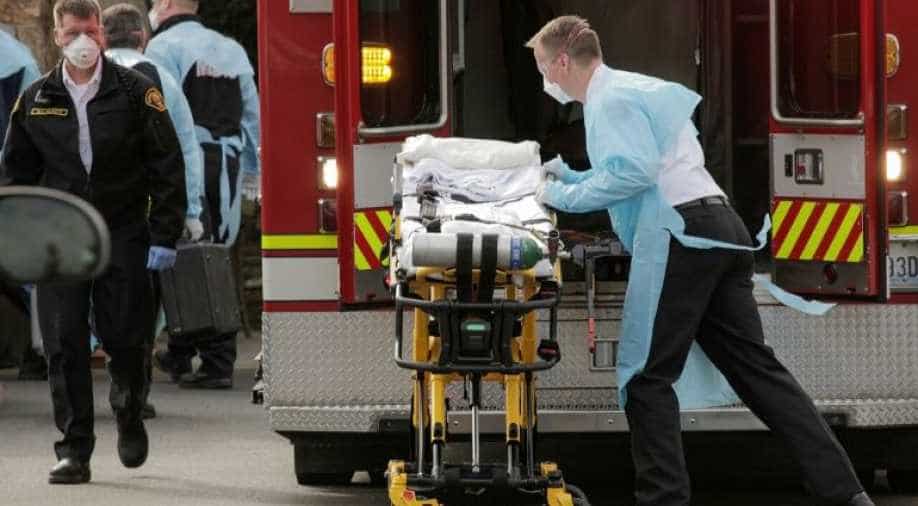 A medic prepares a stretcher to transfer a coronavirus patient into an ambulance Photograph:( Reuters )

Traffic police are carrying out checks along with officials from the state health watchdog, which issued the rules to drivers.

Traffic police are carrying out checks along with officials from the state health watchdog, which issued the rules to drivers.

Russia has recorded 199 cases of the coronavirus, according to the most recent official figures published Thursday.

Moscow health officials on Thursday reported the first death of a patient infected with COVID-19 but said the 79-year-old woman died of pneumonia, later changing the cause of death to a blood clot.

Under the new regulations, drivers are expected to change face masks every three hours and use sanitiser products to clean their hands and disinfect their vehicles twice a day, focusing on seat belt fastenings, door handles and the steering wheel.

They are also expected to air their cars regularly.

Fulfilling the requirements is no easy task as face masks are scarce in Moscow after residents stocked up in bulk, Russian media reported.

Russia closed its borders to foreigners on Wednesday in an effort to stop the spread of the virus.

Moscow city officials have limited public gatherings of more than 50 people and schools across the country will close for three weeks from Monday.