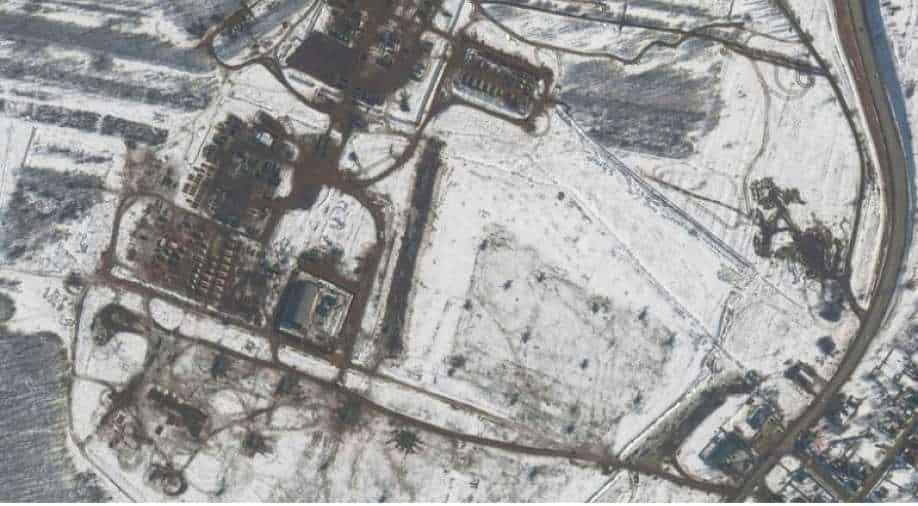 Moscow said Monday that a shell fired from Ukraine had destroyed a border facility used by Russia's Federal Security Service (FSB), amid Western concerns about an escalation in fighting in east Ukraine.

"On February 21, at 9:50 am (0650 GMT), an unidentified projectile fired from Ukraine completely destroyed a border facility used by the FSB border guard service in the Rostov region, around 150 meters from the Russian-Ukrainian border," the security service said in a statement.

The statement added that no one had been injured in the incident and that Russian military engineers had arrived at the scene.

Video released by the FSB  showed a small, apparently one-room building with its roof and walls caved in and a Russian flag leaning against strewn debris.

Ukraine has been fighting separatists who have had Moscow's backing since 2014 when Russia annexed the Crimean peninsula after historic street protests in Kyiv. More than 14,000 people have already died in the fighting.

Kyiv's Western allies however have warned in recent weeks of a possible sharp escalation in the conflict with Russia massing an estimated force of more than 100,000 troops around Ukraine.

They have also warned of staged attacks that Moscow and pro-Russian separatists could use as a pretext to launch an assault on Ukraine.

The southern Rostov region, where the FSB said the shelling took place, announced a state of emergency last week over an anticipated influx of civilians from the rebel-controlled territories whose leaders announced evacuation orders.