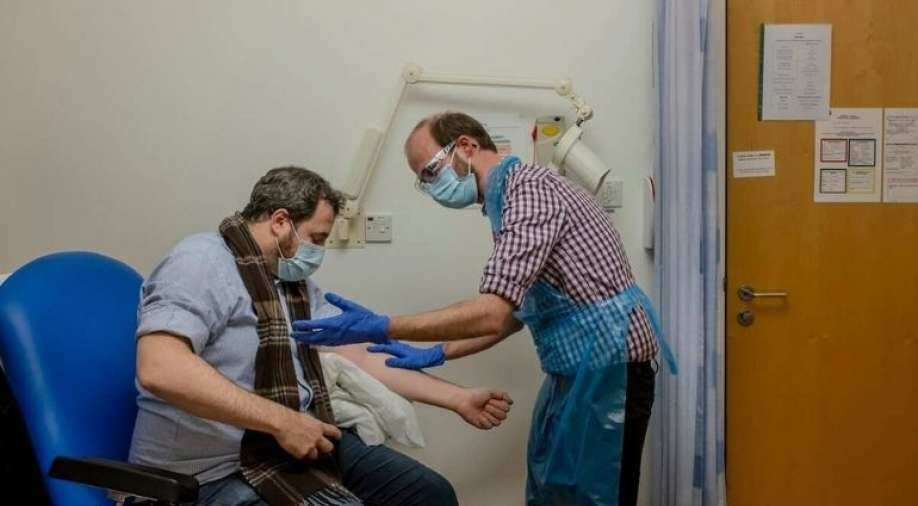 Britain led the way in the Western world, authorising the vaccine made by US-German pharma alliance Pfizer-BioNTech

Around 50 countries around the world have already started vaccinating their people against Covid-19, barely a year after the first alert by China signalled the start of the epidemic.

China, where the pandemic first emerged, was also the first to start vaccinations over the summer, without waiting for a vaccine to be formally authorised but targeting the most vulnerable.

To date nearly five million Chinese people have been vaccinated. Beijing on Thursday granted "conditional" market approval to a Sinopharm vaccine with a reported 79 percent efficacy rate against Covid-19.

Russia followed on December 5, rolling out vaccinations for those considered high risk with its contentious Sputnik V vaccine, which has since been approved in Belarus and Argentina, which launched their vaccination campaigns on Tuesday.

Britain led the way in the Western world, authorising the vaccine made by US-German pharma alliance Pfizer-BioNTech. Its vaccination campaign started on December 8 and by December 27 close to 950,000 people had received their jabs, according to official figures published Thursday.

Britain was also the first on Wednesday to approve the coronavirus vaccine developed by AstraZeneca and Oxford University. It will be administered for the first time on January 4.

Canada and the United States started their vaccination drives on December 14, Switzerland on the 23rd, Serbia the 24th, the vast majority of the European Union on December 27, Norway on Sunday and Iceland on Tuesday. All of them are using the Pfizer-BioNTech vaccine.

The United States and Canada are also the first two countries to have authorised the vaccine by US pharma company Moderna, which is up for approval on January 6 by the EU.

Around 2.8 million Americans have already been given their first dose of the Covid-19 jab. In the 27-nation EU Germany has so far given the most injections, with more than 130,000 in five days.

In the Middle East, the United Arab Emirates were the first to launch their vaccination campaign with doses of China's Sinopharm, on December 14 in the capital Abu Dhabi. Dubai started its vaccinations on December 23, using doses of Pfizer-BioNTech.

Saudi Arabia and Bahrain launched their campaigns on December 17, Israel two days later, Qatar on the 23rd, Kuwait the 24th, and Oman on December 27.

All are solely using the Pfizer- BioNTech jab, except for Bahrain which is also using China's Sinopharm.

Israel, which has set itself the ambitious goal of inoculating a quarter of its population in a month, has already injected nearly 800,000 people. Bahrain has vaccinated nearly 60,000 and Oman more than 3,000.

Turkey, which has received doses of China's Sinovac, will launch its vaccination drive in mid-January.

In Latin America, Mexico, Chile, and Costa Rica were the first to launch, on December 24, jabs with the Pfizer-BioNTech vaccine.

In Asia, Singapore launched its campaign on Wednesday with the same vaccine.

Other countries on the Asian continent however have decided to take their time: India, Japan, and Taiwan plan to begin vaccinations in the first quarter of 2021 and the  Philippines and Pakistan in the second quarter, while Afghanistan and Thailand plan to start in mid-2021.

In sub-Saharan Africa and in Oceania vaccinations have yet to take off. But in West Africa Guinea this week administered its first few doses of Russia's Sputnik V on a trial basis.