More than 30 dead in heavy clashes in Yemen 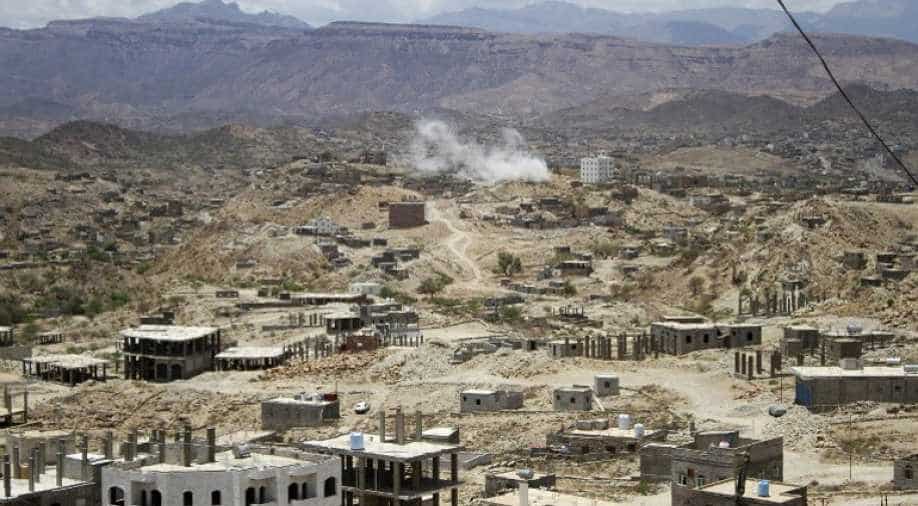 Loyalist military sources told AFP that 24 rebels and 14 pro-government forces were killed over the past 24 hours, while the rebels reported dozens of casualties in the shelling of a local market. (Representative Image) Photograph:( AFP )

More than 30 people have been killed in intense fighting between rebels and loyalists on the outskirts of Yemen's third city Taez, military and medical sources said today. The clashes have eliminated hope of the warring parties abiding by a truce announced by US secretary of state John Kerry that was to have taken effect yesterday.

Loyalist military sources told AFP that 24 rebels and 14 pro-government forces were killed over the past 24 hours, while the rebels reported dozens of casualties in the shelling of a local market. Two civilians were also killed and 16 wounded when rebels fired Katyusha rockets into a residential area of Taez, they said.

A photographer identified as Awab al-Zubairi with the pro-government Taiz News Network, which posts on Facebook and Twitter, was also killed when a landmine planted by the rebels exploded in Taez, a government official said. For its part, rebel-controlled sabanews.net website reported that pro-government forces fired artillery rounds into areas east of the city.

A rocket hit a market selling the popular mild narcotic leaf qat, killing 24 people and wounding 27 yesterday, according to sabanews.net. It cited the Taez province health chief, Watheq Faqih, as saying the toll could rise as rescue workers had not been able to gather the body parts of all the dead because of artillery fire today.

The medical charity Doctors Without Borders (MSF) said emergency rooms it supports or manages in Taez province had received a total of 21 dead and 76 wounded. Among those killed was a watchman who worked at the MSF trauma centre in Taez. He was killed while "off-duty when a blast hit a local market in the neighbourhood", said Djoen Besselink, who heads the MSF mission in Yemen, apparently referring to the qat market.

"Fighting has been intensive in Taez during recent days, and hospitals on both sides of the frontline have received a continuous influx of war-wounded civilians and fighters," MSF said.

Pro-government forces are pressing on with a four-day-old offensive to recapture the presidential residence and police headquarters in the southwestern city, while the Shiite Huthi rebels have brought in reinforcements. The fighting has continued despite Kerry's announcement of a new ceasefire.