Missing Kim Jong Un was not ill, but he was busy developing North Korea logos: Report 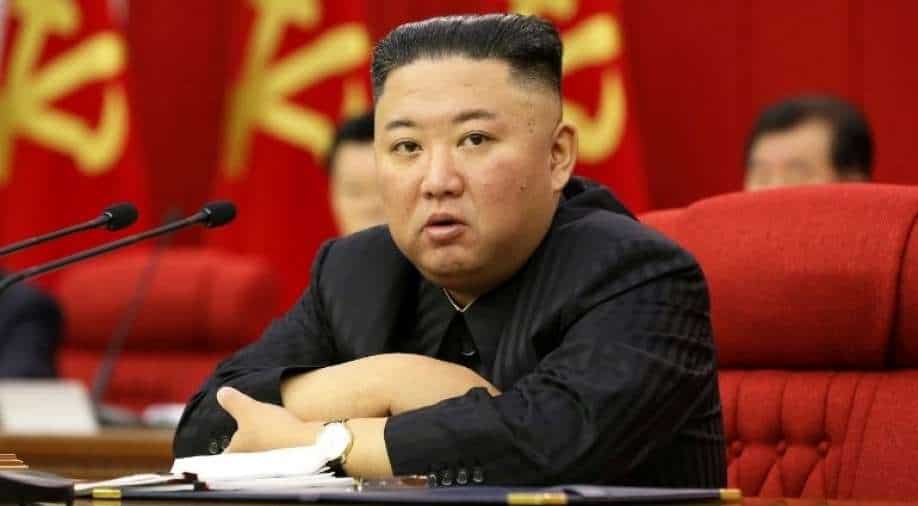 The sources appear to indicate that the DPRK is still dedicated to developing tourism once the epidemic is over, while also seeking to justify Kim's numerous absences this year.

In 2021, the North Korean leader unexpectedly withdrew from public view numerous times.The dates lined up with periods when Kim was assessing designs for national projects, according to NK News.

According to official media reporting on this year's National Industrial Art Exhibition, North Korean leader Kim Jong Un spent most of his time away from the public eye this year evaluating more than 100 designs for tourist resorts, wine bottles, and cargo ships.

The sources appear to indicate that the DPRK is still dedicated to developing tourism once the epidemic is over, while also seeking to justify Kim's numerous absences this year.

Between January and May, the North Korean leader vanished numerous times, causing some analysts who monitor Kim's every move to assume that he is ill.

Footage from the occasion, which was carried by the state-run KCTV news network, showed a big display board with a list of the 25 days this year when Kim was "leading" some 110 ideas to completion, according to NK News.

According to NK News, the majority of the dates happened between February and May, with a few more in August.

According to NK News, Kim has taken at least seven two-week or longer vacations in 2021.

In 2020, he also vanished from public eye for extended periods of time.