Missile strike was start of a series of attacks across the region: Iranian commander 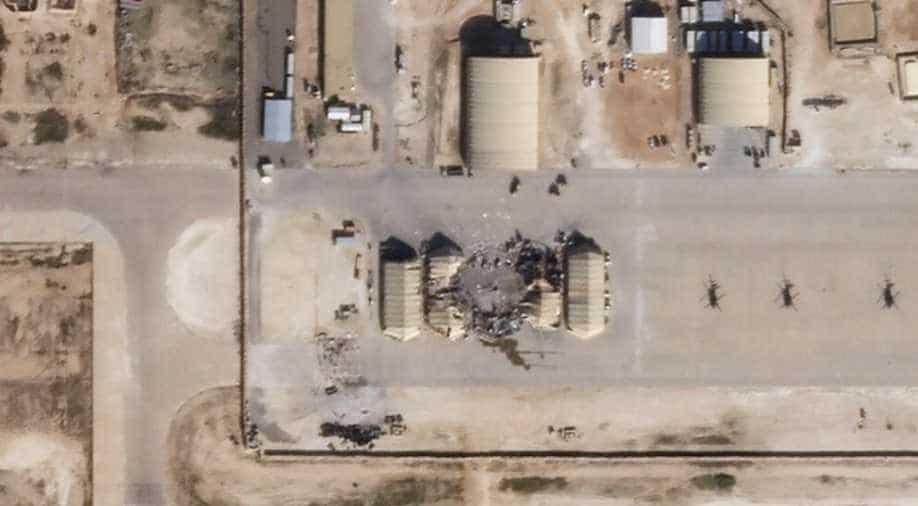 A satellite image released by Planet Labs Inc, reportedly shows damage to the Ain al-Asad US airbase in western Iraq, after being hit by rockets from Iran. Photograph:( AFP )

Iran's missile attacks on US targets did not aim to kill the American soldiers, a senior Iranian commander said on Thursday after United States President Donald Trump said that no US troops were hurt in Wednesday's strike on its airbase in Iraq.

Amirali Hajizadeh, the head of the Revolutionary Guards Aerospace Force, said that the strike was aimed to damage Washington's "military machine" and it was the start of a series of attacks across the region.

On Wednesday, in retaliation, Iran fired ballistic missiles on US airbases in Iraq targeting Al-Asad and Irbil.

Following the attack, Trump addressed the nation from White House and said that these missile attacks did not harm any US troops and the damage was minimal, an outcome he showed as Tehran wanting to de-escalate the standoff.

The local media also quoted Hajizadeh saying that the "appropriate revenge" for the Soleimani's killing was to expel US forces from the Middle East.

He also said Iran had hundreds of missiles at the ready and when Tehran launched missiles on Wednesday it had used "cyberattacks to disable (US) plane and drone navigation systems."

Soleimani was one of Iran's most popular public figures. He was laid to rest in his hometown early on Wednesday morning after massive funeral processions in several major cities of Iran.