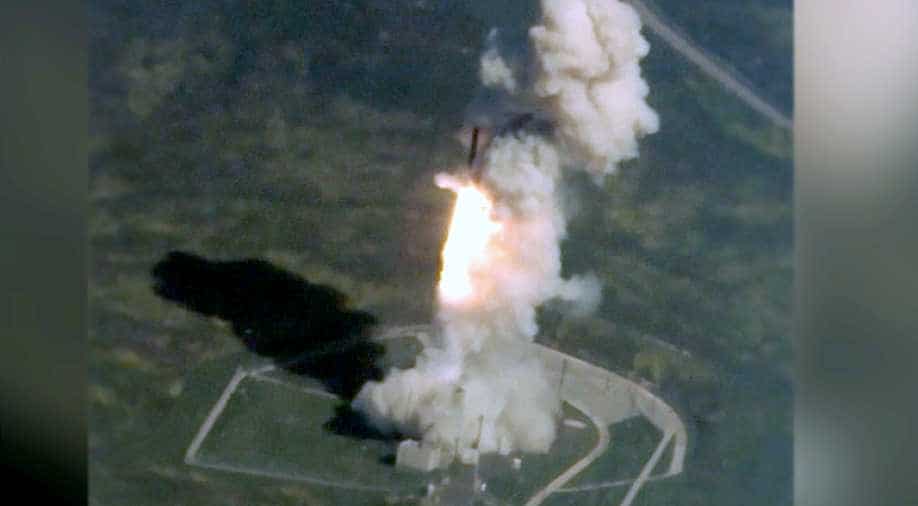 The US has developed the Ground-based Midcourse Defense (GMD) system, which is designed to fire an interceptor missile into space and use kinetic energy to destroy the incoming target.

The US military said Monday it had successfully tested an anti-intercontinental ballistic missile (ICBM) system, with a target launched from the Marshall Islands shot down by two interceptors based in California.

To protect against the threat from ICBMs, the US has developed the Ground-based Midcourse Defense (GMD) system, which is designed to fire an interceptor missile into space and use kinetic energy to destroy the incoming target.

While it has been tested before, this was the first successful test involving a salvo of interceptor missiles, the military said in a statement.

The first of the interceptors, located more than 4,000 miles (6,500 kilometers) from the simulated ICBM's launchpad, aimed for the test target's re-entry vehicle, while the second aimed for remaining debris, the statement said.

The GMD system "is vitally important to the defense of our homeland, and this test demonstrates that we have a capable, credible deterrent against a very real threat," he said.

The United States has spent decades and billions of dollars developing technologies to stop an incoming ballistic missile, and is aiming to step up efforts in the face of growing threats.

North Korea became the latest entrant to the ICBM club in 2017 when it tested the Hwasong-15, which analysts say is capable of reaching the whole US mainland.

Washington and Pyongyang have been locked in nuclear disarmament negotiations since 2018, including two summit-level meetings between US President Donald Trump and North Korean leader Kim Jong Un.

Their last meeting was in February and failed to yield an agreement, though Trump last week announced the cancellation of North Korea sanctions imposed by the Treasury Department, signalling a possible effort to jumpstart the talks.