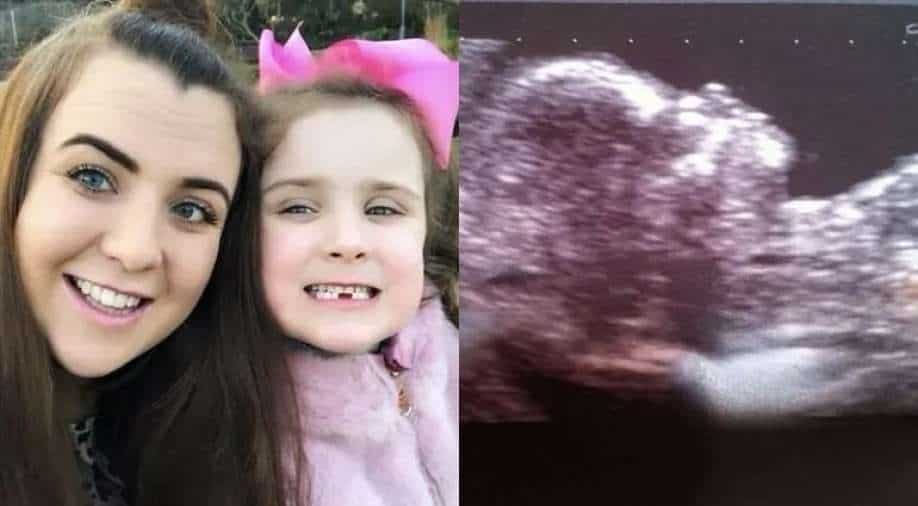 Woman becomes pregnant even when she is still a virgin. Photos courtesy: Caters Photograph:( Others )

If you are a fan of telenovelas, you would have definitely seen the popular 'Jane the Virgin' and laughed at the unique storyline. However, what if we tell you a woman has, in reality, faced a similar situation?

A woman has revealed that she managed to get pregnant and deliver a baby girl even though she was still a virgin and had never had penetrative sex.

Nicole Moore was 20 years old when she started getting heartburn and a few other symptoms in her office. "One day at work I started getting terrible heartburn and sore breasts. My boss at the time, who was a close friend and knew about my situation, said she thought I could be pregnant," she said.

However, Moore quickly dismissed the idea as she never have had penetrative sex. "I laughed and said there was no way, as I was still a virgin and never had penetrative sex," she said. "But she said it was possible if there had been any fluids near my vagina, despite not actually having intercourse."

A quick pregnancy test during her lunch break revealed that she was pregnant.

When Moore approached doctors about her condition, they also found it hard to believe and dismissed the idea of her getting pregnant without having indulged in sexual intercourse. "I tried explaining to her that I still hadn't had sex and she said to me, 'Don't be ridiculous, of course you have'," Moore recalled.

However, four months into her pregnancy, doctors diagnosed her with vaginismus. "I still suffer with vaginismus but I now know how to deal with it and it definitely isn't as bad," she said.

Moore calls her daughter to be a 'little miracle'. "Tilly is definitely my little miracle. We've got the best life together and having her was the best thing I've ever done."