Military operation going according to plan, says Putin as casualties mount in Chernihiv 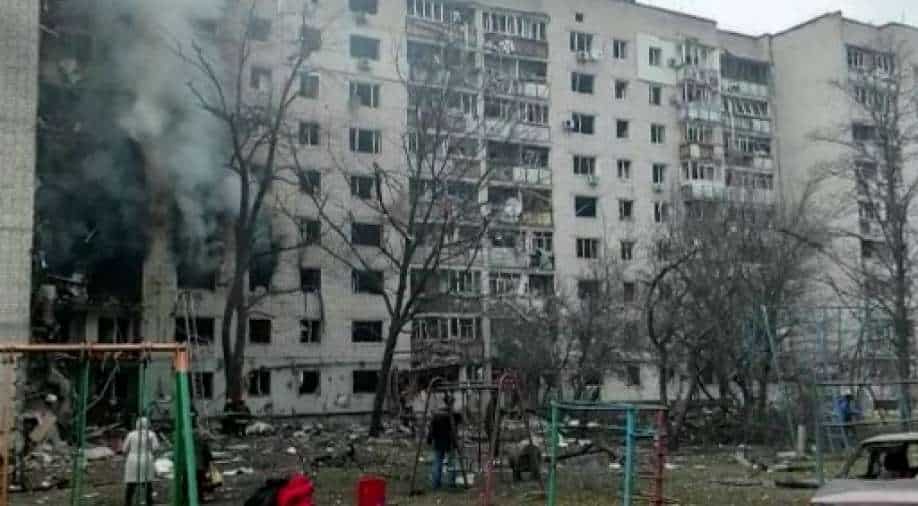 Reports claimed at least 33 people were killed as Russian shelling in the northern Ukrainian city of Chernihiv hit residential areas including schools and buildings.

The Russian president told his security council, "We are at war with neo-Nazis" while adding, "I will never give up on my conviction that Russians and Ukrainians are one people."

"We give green corridor to move foreign nationals," the Russian president said as he announced compensation for soldiers and their families who lost their lives and were injured in Ukraine.

Also Read in Pics: Who are Ukraine’s far-right Azov regiment? Here is what you should know

Putin had ordered military operation against Ukraine on February 24 as missiles began pounding the country. On Thursday, a Ukrainian delegation met Russian officials even as President Zelensky vowed to keep fighting.

Meanwhile, Sweden said it will summon Russian officials amid reports of violation of its airspace by Russian fighter jets. Reports claimed two Su-24 and two Su-27 fighter jets entered Sweden's airspace even as the country's Air Force said it was taking the incident "very seriously" amid Russia's invasion of Ukraine.

Watch: Who is in Putin's inner circle?

Amid the fighting, President Volodymyr Zelensky said if Ukraine falls then Russia would advance on the rest of Europe beginning with the Baltic states.

The Ukraine president said he is in touch with US President Biden. Reports claimed at least 33 people were killed as Russian shelling in the northern Ukrainian city of Chernihiv hit residential areas including schools and buildings.

Chernihiv governor said Russian aircraft also attacked two schools in the Staraya Podusivka area. Reports say at least 350 civilians have been killed so far in the past eight days after Russia launched its attack last Thursday.