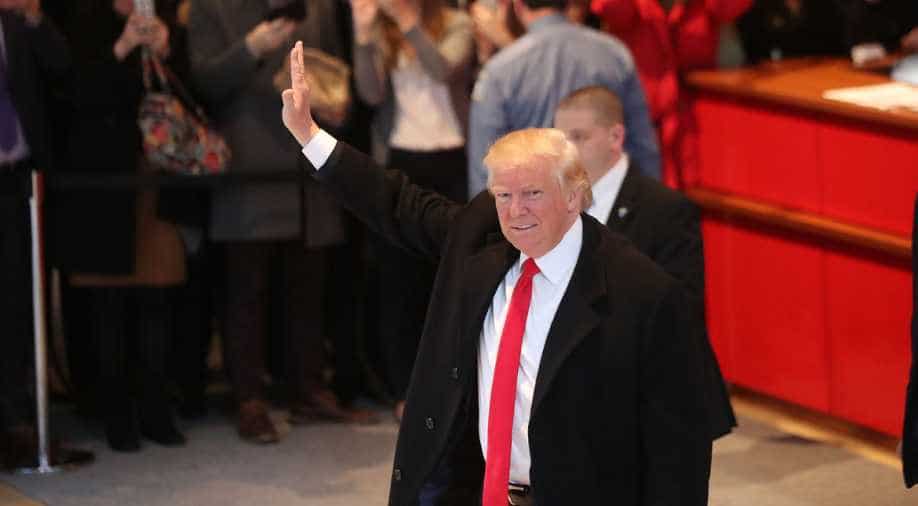 Writing in the Pak-based 'Al Qalam Weekly', As-Saif said that the three important aspects of the president-elect are that he is a man of 'bad character', temperamental and emotional, and anti-Islam. Photograph:( Getty )

Militant group Jaish-e-Mohammad (JeM) has described US President-elect Donald Trump as a man of bad character and a threat to Muslims across the world.

In a message to its followers in Pakistan and elsewhere, the JeM said it has issued a warning to Muslims worldwide to beware of Donald Trump.

Writing in the Pak-based 'Al Qalam Weekly' (Nov. 18-24, 2016) the JeM ideologues Maulana Mansoor Ahmad and Talhe As-Saif have stated that while the international media has used Trump's victory to create fear among Muslims, this victory was actually depressing for the United States itself, rather than for the rest of the world. They said that the same is evident from the protests being held in many states in the United States against Trump's election as the next president.

Analysing the personality of Trump, As-Saif said that the three important aspects of the former are that he is a man of 'bad character', temperamental and emotional, and anti-Islam.

He added that while the United States had targeted Muslims in the war against terrorism, it had only led to a further spread of jihad, and that Trump's victory would only fuel extremism in the countries suppressed by America, leading to a change in government in these countries.

He added that Muslims were people of faith and could not be frightened, as their religion gave them resilience, patience and persistence, which has brought victories against powerful opponents.