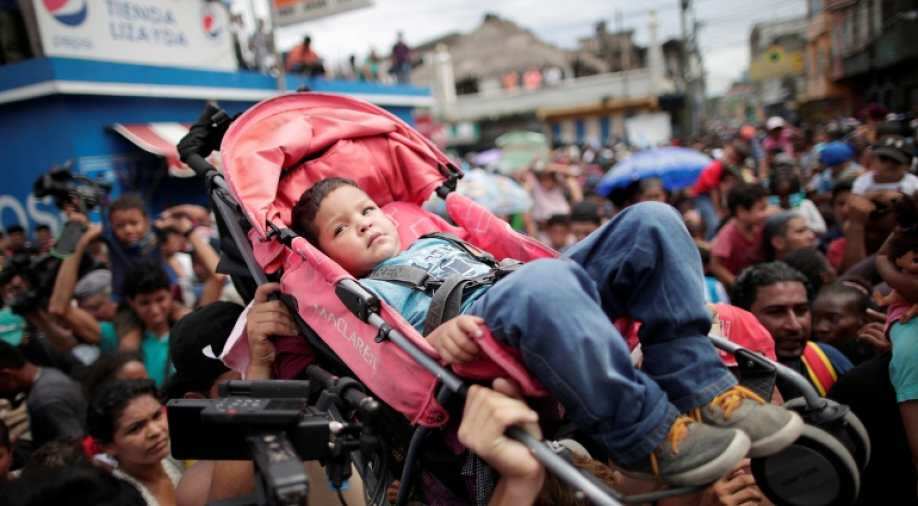 Trump has said all migrants will have to stay in Mexico until their appeals for asylum are processed by US courts. US policy has until now often allowed those seeking refuge to wait on safer US soil.

Central Americans in limbo at Mexico's border city of Tijuana told Reuters they are still hoping to cross into the United States despite President Trump saying migrants at the US-Mexico border would stay in Mexico until their asylum claims were individually approved in US courts.

Olga Sanchez Cordero, the top domestic policy official for Mexican president-elect Andres Manuel Lopez Obrador, who takes office on Dec. 1, has said the incoming government was in talks with the United States on the migrant situation.

Mexico's incoming interior minister has denied any agreement had been made, despite Trump's tweet.

The plan, according to reports, foresees migrants staying in Mexico while their asylum claims in the United States are being processed, potentially ending a system Trump decries as "catch and release" that has until now often allowed those seeking refuge to wait on safer US soil.

For the thousands of migrants by the northern border, they told Reuters their plan to cross the border has not changed, despite the tough stance from the U.S. government.

Trump has been seeking to block thousands of Central Americans travelling in caravans from entering the United States, and has ordered that immigrants who enter the country illegally from Mexico are ineligible for asylum.

That order has been temporary suspended by a U.S. judge.

If Mexico were to assume "safe third country" status, asylum seekers would be required to claim refugee status in Mexico rather than the United States.

Migration activists have long argued that Mexico does not have the security conditions to offer safe haven for migrants feeling violence in Central America.