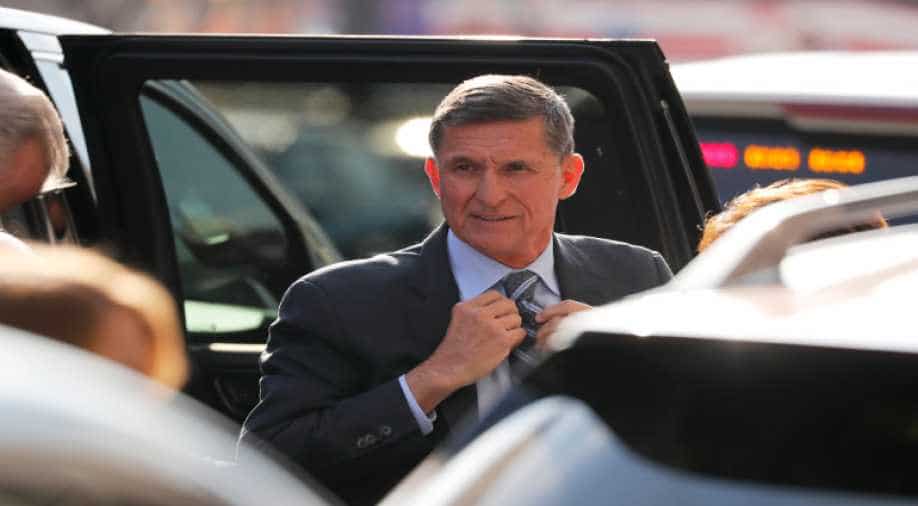 Former U.S. National Security Adviser Michael Flynn arrives for a plea hearing at U.S. District Court, where he?s expected to plead guilty to lying to the FBI about his contacts with Russia's ambassador to the United States, in Washington, U.S., Dece Photograph:(Reuters)
Follow Us

Flynn told the judge he has "not been coerced to plead guilty or been promised a specific sentence."

In court on Friday morning, Flynn's only comments were to answer yes and no to questions from the judge.

Flynn resigned in February after being under fire for weeks over his links to the Russian government. He was reported to have discussed the possibility of lifting US sanctions on Russia before Trump took office.

Flynn had promised former US vice-president Pence that he had not discussed US sanctions with the Russians, but transcripts of intercepted communications by US officials later showed that the subject had come up in conversations between him and the Russian ambassador to the United States, Sergey Kislyak.

Such contacts are potentially in violation of a law banning US private citizens from engaging in foreign policy, known as the Logan Act.

A court document showed Flynn was charged for lying about his private discussions with Sergey Kislyak, the Russian ambassador, regarding US sanctions being imposed on Moscow by the government former president Barack Obama.

Flynn also released a statement about his guilty plea. He called his actions "wrong" and said he accepts "full responsibility" for his actions. He also said he was cooperating with Special Counsel Robert Mueller.

"After over 33 years of military service to our country, including nearly five years in combat away from my family, and then my decision to continue to serve the United States, it has been extraordinarily painful to endure these many months of false accusations of "treason" and other outrageous acts. Such false accusations are contrary to everything I have ever done and stood for. But I recognize that the actions I acknowledged in court today were wrong, and, through my faith in God, I am working to set things right. My guilty plea and agreement to cooperate with the Special Counsel's Office reflect a decision I made in the best interests of my family and of our country. I accept full responsibility for my actions."

"Today, Michael Flynn, a former National Security Advisor at the White House for 25 days during the Trump Administration, and a former Obama administration official entered a guilty plea to a single count of making a false statement to the FBI.

The false statements involved mirror the false statements to White House officials which resulted in his resignation in February of this year. Nothing about the guilty plea or the charge implicates anyone other than Mr. Flynn. The conclusion of this phase of the Special Counsel's work demonstrates again that the Special Counsel is moving with all deliberate speed and clears the way for a prompt and reasonable conclusion."