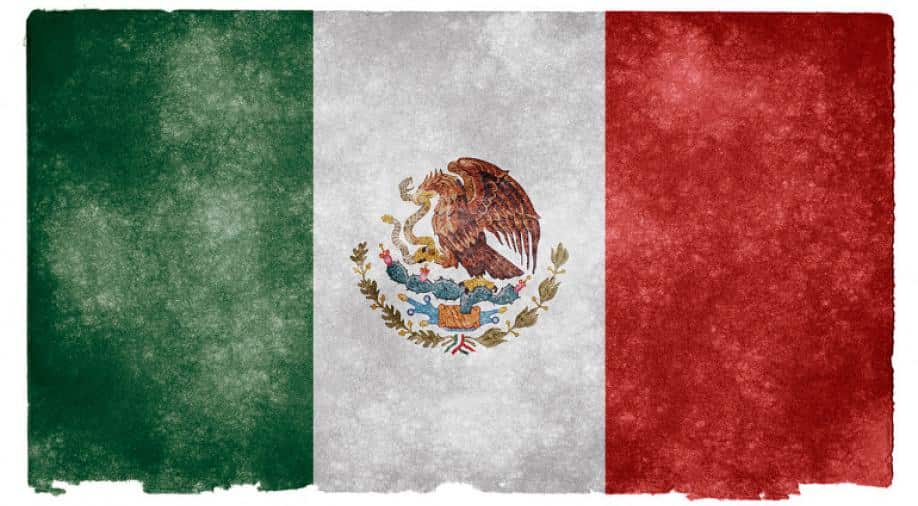 The lower house of the federal congress voted earlier on Friday to remove Cabeza de Vaca's immunity from prosecution, a process similar to impeachment. He is the latest in a string of Tamaulipas governors accused of wrongdoing or corruption

Mexico's Congress voted on Friday to impeach the current governor of the border state of Tamaulipas on charges of tax evasion, money laundering and organised crime.

But the state legislature in Tamaulipas, a cartel-plagued state across from Texas, voted not to recognise the action by the federal Congress and reaffirm Francisco Garcia Cabeza de Vaca as governor. His term ends next year.
It is unclear if the state legislature's move would hold up in courts. It seemed likely the issue could go to the Supreme Court.

The lower house of the federal congress voted earlier on Friday to remove Cabeza de Vaca's immunity from prosecution, a process similar to impeachment. He is the latest in a string of Tamaulipas governors accused of wrongdoing or corruption.

Garcia Cabeza de Vaca is a leading member of the opposition National Action Party, which claimed the charge were part of a campaign by President Andrs Manuel Lpez Obrador's Morena party to win votes in the June 6 midterm elections.

The vote is part of a political propaganda operation by the Morena government to try to win the elections, National Action said in a statement.

Prosecutors claim he owns a large number of luxury properties that it says don't match the income from his government jobs over the last 20 years. Garcia Cabeza de Vaca has denied the charges.

Mexico's agency for curbing money laundering, the Financial Intelligence Unit, said in a report to Congress earlier this year that Garcia Cabeza de Vaca earned about USD 2,000,000 in wages and USD 1,000,000 in other income since 2000, but acquired properties worth many times that. It also mentioned properties owned by the governor or his relatives in Texas.

The agency also said front companies used by the Sinaloa drug cartel had passed money through the same company that assisted in purchasing one of Garcia Cabeza de Vaca's luxury apartments. But the agency did not say it has any direct evidence of links between the governor and the cartel.

In a video in March, the governor said the agency used data and speculations that are notoriously false in drawing up its report. None of the homes that were shown in the report belong to me, he said. Garcia Cabeza de Vaca also said, have no links to organised crime."

But Garcia Cabeza de Vaca speculated his brushes with the federal government had angered Lpez Obrador's administration. He is among the National Action Party governors who have staked out opposition policies on the coronavirus pandemic and other issues.

He noted that his Gulf coast state is a leading site of wind farms, an energy source that Lpez Obrador has proposed reducing in favor of fossil fuels.

They must be very upset over the way we publicly exposed them, the governor said, referring to an incident in December when the federal power utility a pet agency of the president acknowledged it had falsified a document in an effort to excuse a widespread blackout that month.

The Federal Electricity Commission denied the December 28 outage was the result of incompetence.

Instead, it said, a brush fire in Tamaulipas had caused a kind of short-circuit that led to a two-hour blackout that affected one-fourth of the country's customers.

The utility published a supposed report of a brush fire in an area beneath power pylons that it claimed caused the blackout.

But Tamaulipas officials maintained that the document, purportedly issued by a state civil defense office, was forged. The utility at first denied that, but later admitted the report was false.

Garcia Cabeza De Vaca has governed Tamaulipas since 2016. Organised crime groups have long had deep roots in the state and numerous politicians have been implicated in dealings with them.

Former Governor Toms Yarrington of the Institutional Revolutionary Party was extradited to the US from Italy in 2018 to face drug trafficking charges. US Officials also have tried to extradite the governor, who succeeded Yarrington in 2005, Eugenio Hernndez, to face money laundering charges.

The leading candidate to follow Hernndez in 2011, Rodolfo Torre Cant, was assassinated while campaigning for office.