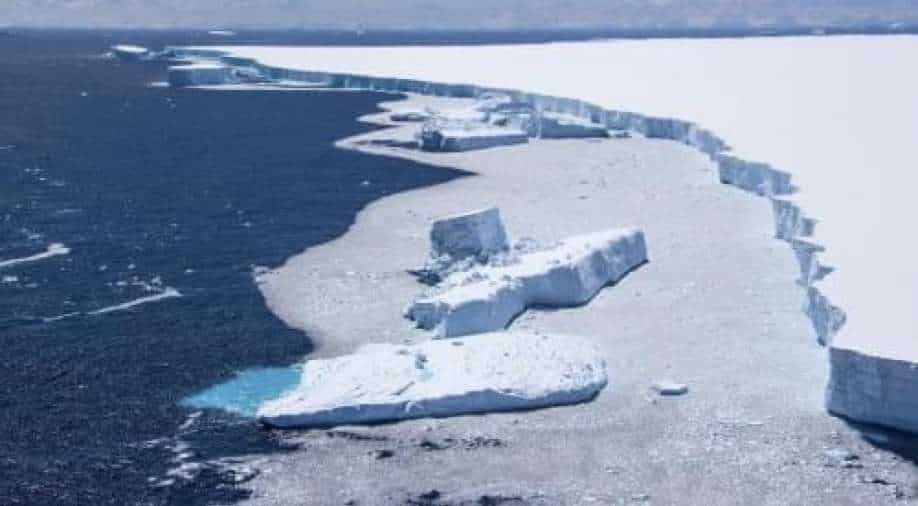 A few years ago, they started hearing a distinctive cry acousticians describe as similar to that of a disgruntled house cat: The piercing call of a killer whale. Kimber wondered at first if their ears were deceiving them

Brynn Kimber, a research scientist at the University of Washington who works in the National Oceanic and Atmospheric Administration’s Marine Mammal Laboratory, has spent a lot of time analysing audio data recorded in the icy waters north of Alaska, Canada and Russia. Typically, Kimber hears the chatter of bowhead whales, belugas, narwhals and other cetaceans native to that part of the Arctic.

A few years ago, they started hearing a distinctive cry acousticians describe as similar to that of a disgruntled house cat: The piercing call of a killer whale. Kimber wondered at first if their ears were deceiving them.

“When I started the job, my mentor told me, ‘You won’t see killer whales this far north,’ ” Kimber said. But as years of data accumulated, along with more orca calls in areas where they’d never been recorded, it appeared that was no longer true.

“Where I would see absolutely none in previous years, in later years I was seeing more and more,” Kimber said. “That was pretty unusual.”

The orca calls are further evidence of a rapidly changing Arctic. As sea ice has receded, killer whales — which are actually dolphins — are now venturing to parts of the sea that were once inaccessible, and spending more time in places they were once seen only sporadically, according to data Kimber presented Thursday at the annual meeting of the Acoustical Society of America in Seattle.

As a result, some of nature’s most effective predators have vastly broadened the scope of their hunt. The change has potentially significant consequences for animals up and down the food chain — including humans.

Arctic sea ice has declined significantly in the four decades since satellite monitoring began. Roughly 75% of ice volume disappeared in the past 15 years alone, and the remaining ice is thinner and of poorer quality, said Amy Willoughby, a marine mammal biologist with NOAA’s Alaska Fisheries Science Center.

The loss of ice coupled with warming waters and atmospheric temperatures has affected every level of the Arctic ecosystem. Large mammals like polar bears have struggled to navigate shrinking habitats, while the marine algae at the base of the Arctic food chain blooms sooner and more abundantly than ever before.

In recent years, scientists have noticed similar upheaval in the behavior of the region’s marine mammals. Orca are feasting more often on bowhead whales. Scientists and Indigenous Arctic communities have noted a growing number of bowhead whale carcasses in the northeastern Chukchi and western Beaufort seas with signs of orca attack.

Even if the orca don’t take a single bite, the predators’ mere presence can have far-reaching consequences. Bowhead whales typically retreat into protective patches of dense ice when threatened by orcas, which lack the giant-skulled bowheads’ ability to break through frozen waters for air. An Inuit word, “aarlirijuk,” describes this bowhead fear response evolved specifically to evade killer whales.

But as the ice recedes, these defense mechanisms can prove a liability. Bowheads must spend more time than ever before hiding in thick ice where feeding opportunities are scarce. Calves that aren’t yet strong enough to crack through the ice can suffocate.

Any decline in bowhead numbers could have consequences up the food chain, too: The baleen whales are a significant food source for subsistence hunters in Indigenous Arctic communities, Kimber said.

“Killer whales are really intelligent,” said Cory Matthews, a research scientist with the Arctic region of Fisheries and Oceans Canada. “They consume really fast. If a new area opens up, they can get in there maybe within the next year and exploit a prey population that could be perhaps really slow to respond to those changes.”

It could take years, he added, before scientists fully understand the long-term consequences of how these extremely lethal and newly emboldened hunters are expanding their reach in the Arctic.