Meghan-Harry interview and obsession with UK royals: Is it time to abolish the monarchy? 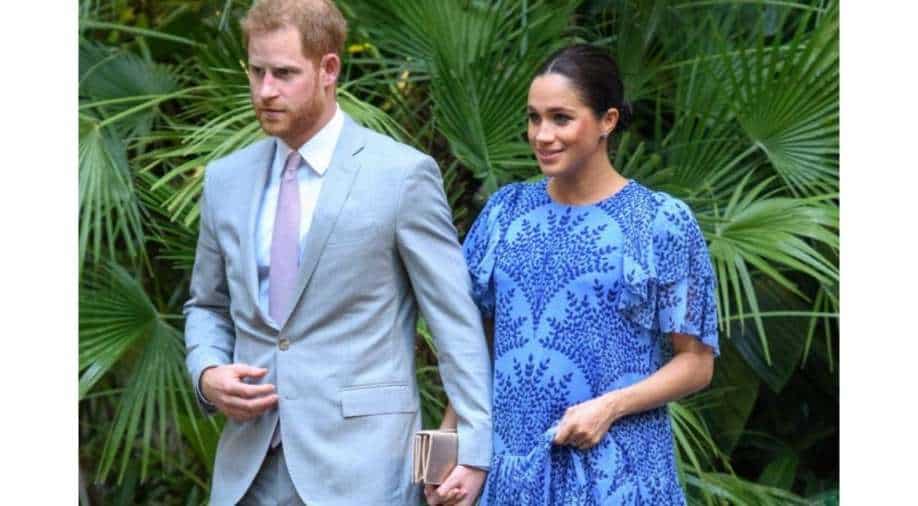 British tabloids are infamous for blowing things out of proportion. And this interview is perfect fodder for them.

"Meghan Markle is bringing down an empire.” That's what a Democratic lawmaker in New York said yesterday.

He was talking about the bombshell interview, the one featuring two former royals. The one that's been in the headlines for more than a week now.

And the one that has triggered-- what can only be called--- hysteria.

British tabloids are infamous for blowing things out of proportion. And this interview is perfect fodder for them.

It is triggering new fights, even on live television.

Broadcaster Piers Morgan engaged in a rather heated debate with his colleagues — while discussing the interview.

The Good morning Britain anchor said: "I'm angry to the point of boiling over today; I’m sickened by what I've just had to watch."

Then, Morgan replied: "Sorry, you can defend it in a minute. I'm just going to say what I'm going to say. They trash everybody. They make out the entire royal family a bunch of white supremacists by dropping this race bombshell."

Reid said: "They didn't use that phrase."

Morgan later walked out of his show. He lost his cool after one of his colleagues accused him of launching a "one-man tirade" against the former royals on air.

You could say they're over-reacting. And you'd be right.

But they're not the only ones. This interview has caused what is being called a full-blown constitutional crisis in the UK.

Across the Atlantic, even the White House felt the need to weigh in.

During a press conference, the White House press secretary seemed to suggest that US President Joe Biden backs the decision of Prince Harry and Meghan Markle to speak out. “Markle is a private citizen and so is Harry at this point. For anyone to come forward and speak about their struggles with mental health and tell their personal story, that takes courage. That's certainly something the president believes,” she said.

A flood of tweets came from Meera Harris too, the niece of Vice President Kamala Harris, the one who's proven to be an ace at milking controversies.

Comments and reactions have been pouring in from around the world. It's as if which princess made the other one cry is the subject of utmost priority for the whole world.

It's beyond bizarre. But 2020 has taught us to not undermine the bizarre. So this is what we have. Everyone is talking about the royal interview.

Except for the royals themselves.

No word yet from Buckingham Palace. The royal family is yet to issue a statement. To say that Meghan and Harry washed dirty linen in public would be an understatement.

They've levelled some very serious charges against the British monarchy.

Markle claims she was suicidal. She accused a member of the royal family of racism. The Buckingham Palace hasn't said a word.

He was asked about the interview. He did not say anything.

You can walk away from a question. But you'll have to face the crisis that the interview has triggered.

In the US, the hashtag #Abolishthemonarchy has gone viral.

Social media users are questioning the relevance of the monarchy today. Even the British prime minister couldn't avoid the subject. He chose to defend the queen's role, in a public statement.

"I've always had the highest admiration for the queen and the unifying role that she plays in our country and across the Commonwealth. As for the rest, all other matters to do with the royal family, I've spent a long time now not commenting on royal family matters and I don't intend to depart from that today," Boris Johnson said.

All of this is happening over one interview. A former royal couple chose to reveal their family feud.

Some have called them brave. Others say they're just attention seekers.

Whatever they are, they're at the centre of a storm now.

They may have wanted to make a splash. They ended up with a tsunami.

What's the role of the British Monarchy?

Which countries still have kings and queens? To do what?

If there's one thing that Meghan Markle's interview has done, it has raised questions on the role and conduct of the British Monarchy.

Is it unaccountable, is it racist?

What purpose does it serve?

Except maybe boosting the soft power of Britain?

And sometimes helps secure trade deals. But is it a meaningful and relevant institution in today's world?

One family gets taxpayer-funded grants, lives in lavish palaces, gets special protection from the justice system.

Why? Because they were born royal!!!

But pause for a moment. And ask yourself: Does the world still have a place for such an antiquated system of governance?

Or is it time to abolish the British monarchy?

A child born in the United Kingdom today can become anything he or she wants to.

An actor, a footballer, a prime minister, but not ahead of the state, no matter how intelligent or talented they are.

Because Great Britain is a constitutional monarchy. The head of the state is a position given to a royal as a birthright. A monarch is born superior, while the rest of the people are the monarch's subjects, not British citizens.

The monarch is also the sovereign of 15 countries in the Commonwealth of Nations.

The monarch cannot be prosecuted, cannot be made to pay taxes either. Can drive without a license,

These are all powers every monarch inherits at birth.

Members of the royal family are in no way biologically superior to anyone else. They have nothing that sets them apart except maybe jewels and magnificent clothes.

Their lifestyle is incredibly expensive. Accounts for the sovereign grant -- which funds the queen and her household expenses show that the monarchy cost the British taxpayer 67 million pounds between 2018 and 19. A 41% increase from the previous financial year.

To add to this, the royal prerogative gives extensive and unaccountable power to the royal family.

The monarchy can exercise its judgement to influence government policy, political debates, the appointment of the next prime minister and the dissolution of the British parliament.

The parliament, on the other hand, is simply prohibited from questioning the conduct of the royal family or discuss the future of the monarchy.

The monarchy also undermines the proper recognition of merit as the hereditary head of state. The queen is the governor of the Church of England, the commander-in-chief of the armed forces and the 'fount of justice’ the head of the British judiciary.

The monarchy says these are all ceremonial powers but according to a report by The Guardian, there have been at least 1,000 instances when the queen has been given a chance to shape draft legislation to suit her private wishes.

In fact, in February this year, a report revealed how the queen had lobbied for changing a law to hide her wealth.

The monarchy also makes it impossible to separate the church and state.

For all its claims of being a multi-cultural and secular society, the Church of England discriminates in favour of one religion above all others.

Because the queen is both the head of the church and the state, making it impossible to disconnect the two.

Of course, the United Kingdom is not the only one.

There are currently 43 monarchies globally. But only a few are constitutional monarchies. And even fewer insist on claiming the moral high ground of being a democracy.

So should the UK abolish the monarchy? If Britain can leave the European Union in the name of sovereign rights, then why not?

There's no other way to put it: Britain is in its worst shape since World War 2. This time, the enemy at the gates is invisible: the Wuhan virus.

The pandemic continues to grow in the UK. More than 4 million cases and 124,000 deaths. The UK is the worst-affected country in Europe. Hundreds are still dying from the virus every day.

And just as the vaccines emerged - so did a new variant, a more potent and more contagious mutation. Britain's response was more lockdowns. But that came at a cost. The country is going through its worst economic slump in three centuries.

Jobs are disappearing, small businesses have been decimated.

It will take at least two years before the economy reaches pre-pandemic levels. And we're not done listing Britain's economic woes just yet.

The government has been on a borrowing spree since last year. The budget deficit is at its highest since World War 2.

What Britain needs right now is some Churchillian steel to channel the guts of the greatest generation.

The generation that braved the barrage of Nazi bombers, 70 years back.

Instead, they're busy talking about an interview.

At the outset - let's make one thing clear. We are not trivialising Meghan Markle's struggles.

Her allegations are serious. The palace must be held to account for its actions.

But does a family squabble qualify as public interest?

At what point does fascination become an obsession?

It's an unnecessary distraction, even for the government.

The prime minister has to field questions about it. Even the White House has released a statement.

We are in the middle of the world's largest vaccination drive. The pandemic is the only thing world leaders should be focusing on. But in Britain-- this has always been the case--daily life is shaped by royalty.

Britons are urged to speak the Queen’s English. They gather under the flag and sing God Save the Queen. That's the British national anthem.

They line the streets and go gaga over royal weddings. The same ones that they, the taxpayers, end up paying for.

The monarchy is embedded in every Briton's DNA.

But why? After all, the family doesn't do much.

Other than wave and smile a lot. The royals have managed to convince the country that it needs them. That Britain would disintegrate without a king or queen. There's a common saying among royalists: Politicians may come and go, but the family remains.

Humans love a sense of continuity. The idea of something that exists for posterity. The monarchy preys on this. It also explains all the pomp and show.

Hundreds of years back - the British monarch was considered God's representative on earth.

But the divine narrative remains. All the traditions, the coronation with holy oils, it's all part of the larger-than-life image.

Royalists believe the monarch is endowed with God's mandate to rule.

It's an unequal and unjust mandate. The family has its reasons for defending the monarchy.

But why do people stick with it? The queen serves as a reminder of Britain's golden days.

When it ruled the seas and had colonies on every continent. In other words, the monarchy is Britain's biggest colonial hangover. Many countries were ruled by monarchies in the middle ages.

But as British historian Robert Lacey says, they were sensible and clever enough - to grow out of them.