Mediation only if both India, Pakistan agree: Trump after meeting PM Imran Khan 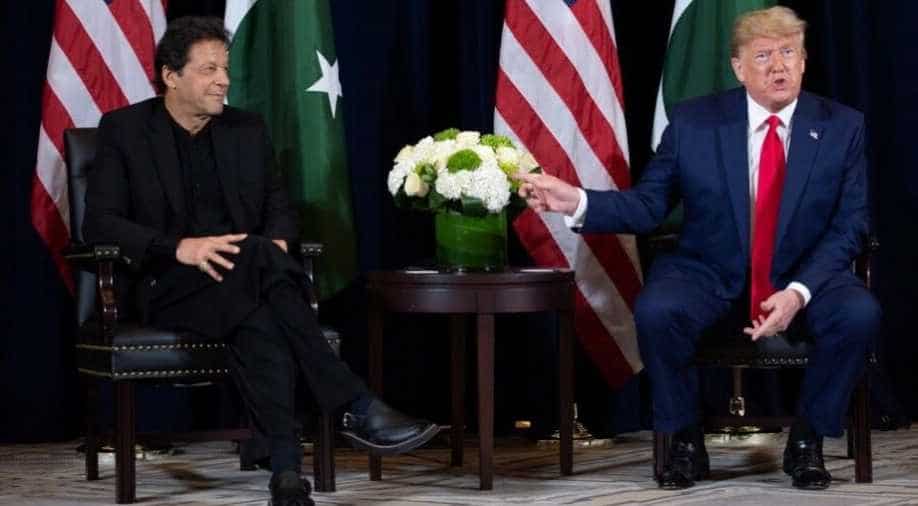 Trump hoped that 'India and Pakistan can come together and do something smart and good for both, there is always a solution'.

President Donald Trump and Pakistan Prime Minister Imran Khan met on the sidelines of United Nations General Assembly in which the US president made it clear any mediation will require approval from both sides.

"If I can help, I will certainly do that," he said, adding, "but it will be dependent on both of these gentlemen. One without the other doesn't work, if going to do mediation, if you do arbitration."

"Certainly I can help, if both India and Pakistan wanted me to do that. I am ready and willing. It is a complex issue and going for a long time. But if both wanted, I would be ready to do it," the US president added.

Trump hoped that "India and Pakistan can come together and do something smart and good for both, there is always a solution."

India has made it clear that when it comes to India and Pakistan ties, no third party mediation is required which has been stated under the Shimla and Lahore agreements.

During PM Modi's meeting with US President Donald Trump on the sidelines of G7 Summit in France, India had clearly reiterated the long-standing policy on mediation with PM Modi saying "India- Pakistan are bilateral in nature".

PM Modi will be meeting US President Donald Trump on the sidelines of UNGA on Tuesday, which will be his third bilateral this year with the US president. Both leaders were together in Houston on Sunday for the diaspora event, 'Howdy, Modi', in which over 50,000, mostly Indian-Americans participated.