Pakistan joining US after 9/11 was biggest blunder: PM Imran Khan in US 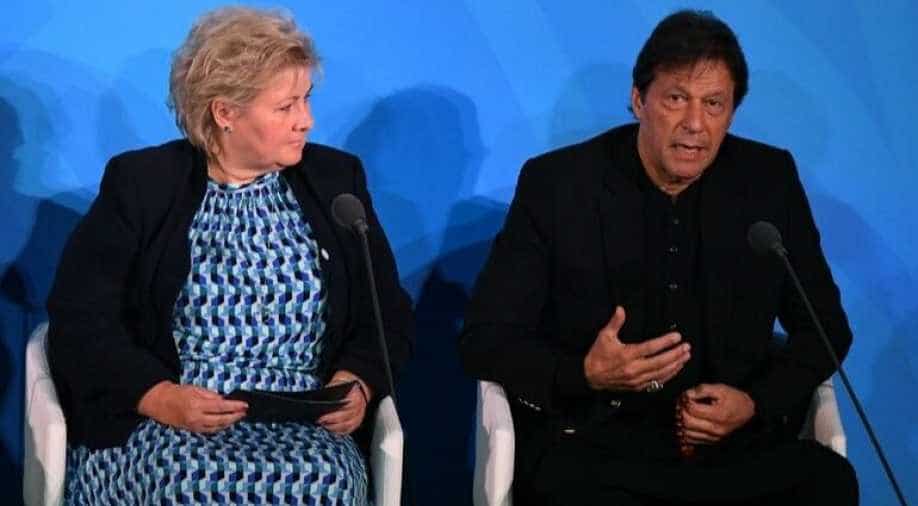 When asked on any information of Al Qaeda leader Osama bin Laden being in Pakistan, Khan said, "As far as I know, Pakistani military chief, ISI chief had no idea about this" and if "there was, it was at a lower level."

Prime Minister Imran Khan has said that joining the United States after 9/11 was the country's "biggest blunder" which led to the loss of many lives and cost Pakistan $200 billion.

The Pakistan prime minister speaking at the US Council on Foreign Relations, said, "Then came 9/11 and Pakistan again joined the US in the war against terror...Pakistan by joining the US after 9/11 committed biggest blunder. 70,000 Pakistanis died in this."

When asked on whether there was any information of Al Qaeda leader Osama bin Laden being in Pakistan, PM Imran Khan said, "As far as I know, Pakistani military chief, ISI chief had no idea about this" and if "there was, it was at a lower level."

Osama was killed in Abbottabad, a town just 120 kilometres away from Islamabad on May 2, 2011, by American forces with fingers being pointed at Pakistan for providing him protection.

On ties with New Delhi, Khan said, he told PM Modi, "let us have a new chapter" and "assured it is our policy that we will not allow any terrorist groups in Pakistan and we were dismantling from day one..let's base our relationship on trust."

"But we found that India is pushing us to blacklist on Financial Action Task Force (FATF)," the Pakistan prime minister added.

The plenary of FATF meet in October and could see a blacklisting for Islamabad if the country is not able to show concrete action taken by it on terror groups being hosted on its territory.

FATF kept Pakistan on grey list in its June meeting, after failing to meet deadline two times, January and May 2019. Being on the greylist impacts the Pakistani economy which loses $10 billion annually.