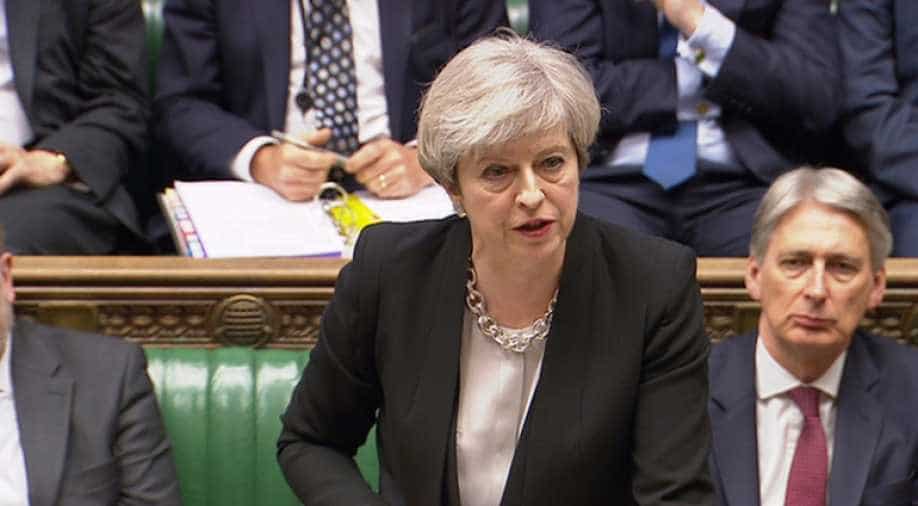 Nearly 5,000 local authority seats are being contested across England, Scotland and Wales on Thursday along with eight metropolitan mayoralties. Photograph:( Reuters )

Theresa May faces her first nationwide electoral test as Britain's prime minister on Thursday, as she toughens her Brexit position just weeks before a crucial general election.

Britain will choose thousands of new local councillors in a vote that will be closely watched for proof of the strength of May's Conservatives, which opinion polls suggest are on course for a thumping victory in the June 8 parliamentary elections.

Nearly 5,000 local authority seats are being contested across England, Scotland and Wales on Thursday along with eight metropolitan mayoralties.

Experts warn against using the results to predict the outcome of next month's vote, noting that such elections are normally fought on local issues, and are often used to punish the sitting government.

But the proximity of the general election and the political upheaval caused by last year's shock Brexit referendum has created a unique context.

May invoked Britain's formal notice of its intention to leave the European Union on March 29.

Two weeks ago the prime minister called the surprise June general election to strengthen her mandate as she heads into EU negotiations, and she is well aware Brexit will be on many voters' minds on Thursday.

Speaking outside her Downing Street office a day before the local elections, May took aim at Brussels for making "threats against Britain" over the divorce proceedings.

The two sides have clashed over the costs of the exit, prompting May to accuse the EU of toughening its stance in statements "deliberately timed to affect the result of the general election" in June.

Opposition leaders have claimed the prime minister is using the EU talks as a distraction from other issues, with Labour leader Jeremy Corbyn accusing May of "playing party games with Brexit".

Labour sits more than 20 points behind the Conservatives, with the local polls expected to indicate the challenge facing Corbyn's party ahead of the general election.

"They will provide some vital information about the pattern of support and where parties are performing particularly strongly or weakly," said Anthony Wells of polling company YouGov.

"The Conservatives are doing very well and that is almost certainly likely to have some spillover into the local elections," said Roger Scully, a politics professor at the University of Cardiff.

But drawing a national picture from Thursday's vote will be made harder by the absence of council elections in England's biggest cities, where Labour is traditionally strong.

"Let's see what happens. That might be an interesting measure of how things are going more generally, and how accurate the polling is," a senior Labour source said.

The smaller, pro-EU Liberal Democrats, who were almost wiped out in the 2015 general election after entering a coalition government with the Conservatives, are hoping to pick up some momentum for the June vote with gains on Thursday.

By contrast, the anti-EU, anti-mass immigration UK Independence Party is predicted to lose most of its council seats as it struggles to define itself now that its principal goal -- Brexit -- is on its way to being achieved.

Meanwhile, in Scotland, the local elections will indicate the strength of the ruling Scottish National Party, which has used the Brexit vote to call for a new referendum on independence.