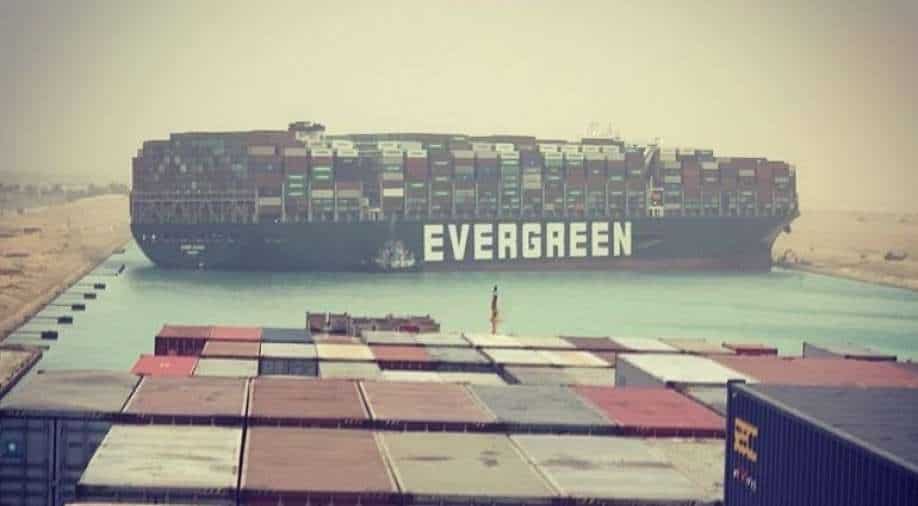 The 200,000-tonne vessel was heading to the Mediterranean from the Red Sea when it suffered a blackout and halted

A container ship that ran aground in the Suez Canal on Tuesday has caused a major traffic jam, blocking other vessels’ access to the world’s most important water route.

The 200,000-tonne vessel was heading to the Mediterranean from the Red Sea when it suffered a blackout and halted.

According to the port agency GAC, over 15 ships immediately behind the vessel were stopped. Many other convoys have also been stopped. The container ship called “Ever Given” is 400 metres long, 59 metres wide, and is qualified to carry up to 20,000 20-foot equivalent containers for shipping.

If you think youre having a bad day, spare a thought for the helmsman who somehow managed to stick his giantass ship sideways into the goddamn Suez Canal & blocked it into literal gridlock & is currently costing every seafaring nation of Earth like millions of dollars every hour pic.twitter.com/DIWAxwctXa

#SuezCanal live view of the captain of the MV Ever Given. pic.twitter.com/sykfPduYSv

For the record, "giant ship gets stuck in the Suez Canal" is a great part of a heist plot.

twitter hasn't talked about the suez canal this much since 1956

The canal is the major source of currency for Egypt, and 12 per cent of all the world trade passes through the Suez. Owing to the blockade, many tankers and ships are now piled up near the canal, hoping for the ship to be moved.

Oil and gas flows will be affected majorly if the path is not cleared soon.