Mass rally held in Istanbul against Israeli killings of Palestinians 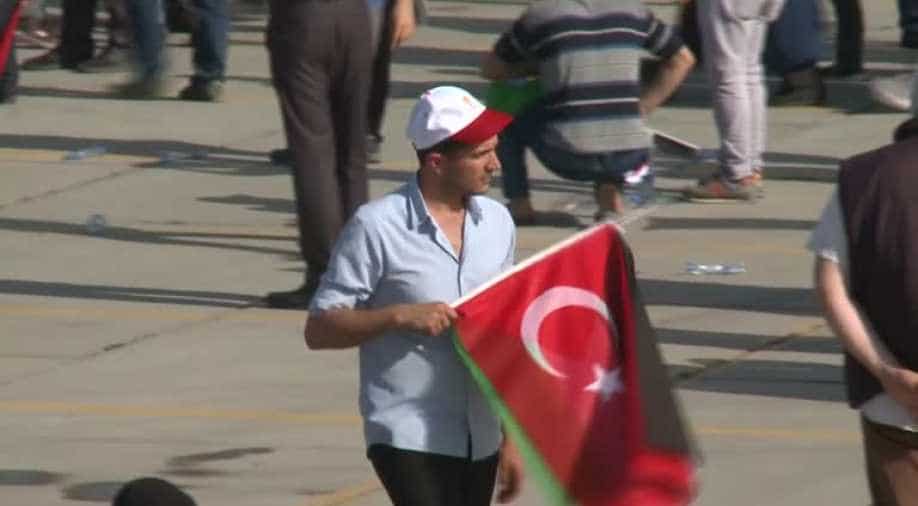 Over 200,000 Turks poured into the streets in Istanbul on Friday for a massive rally denouncing the killings of more than 60 Palestinians by Israeli forces during demonstrations against the opening of the US embassy in Jerusalem early this week.

Turkish President Recep Tayyip Erdogan and some delegates to an extraordinary meeting of the Organization of Islamic Cooperation (OIC) joined the rally at Yenikapi Square, where Turkish and Palestinian flags were waved by the crowd.

Addressing the rally, Palestinian Prime Minister Rami Hamdallah urged the world and Islamic countries to protect Jerusalem, whose status is a thorny issue in the long-running conflict between the Israelis and the Palestinians.

At least 63 Palestinians in the Gaza Strip were killed and about 2,800 wounded over the past few days in confrontations between Israeli forces and Palestinian protesters against the US's embassy move to Jerusalem.

As a&nbspshow of solidarity, the crowd chanted slogans like "Palestine is not alone" and "We stand for Jerusalem," carrying banners that read, "The world is blind, the world is deaf."

Addressing the rally, Erdogan said that not only the Islamic world but the entire world has failed in the Jerusalem cause.

He blamed the UN for being just an "onlooker to Israel's all unfair, unlawful actions" and not taking a resolute stance against Washington's embassy move.

Turkey has, among others, recalled its ambassadors from Tel Aviv and Washington and called for an urgent OIC meeting in response to the inauguration of the US embassy in Jerusalem and the killings of Palestinians at the hands of Israeli forces on Monday.

During the rally in Istanbul, the crowd chanted slogans like "Palestine is not alone" and "We stand for Jerusalem," carrying banners that read, "The world is blind, the world is deaf."

State of the Union address 2023: Date, time, how to watch live-streaming of Joe Biden's speech; what to expect