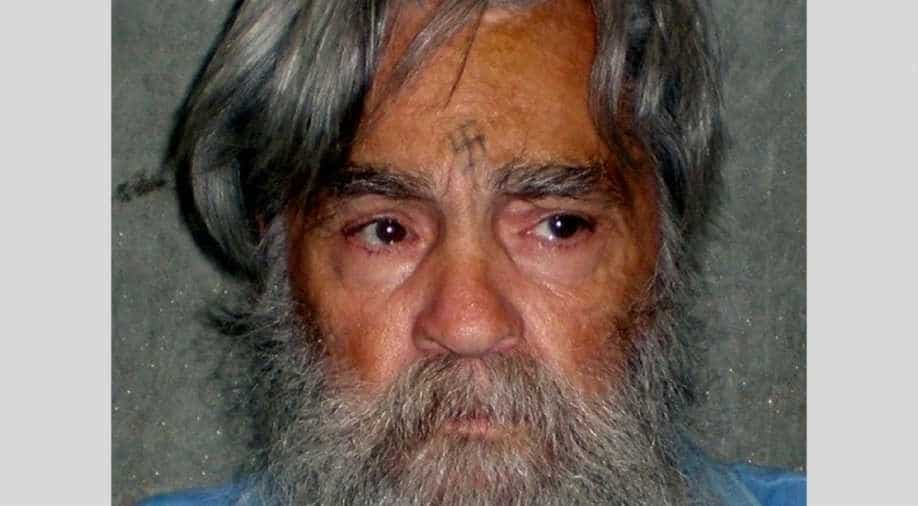 Convicted mass murderer Charles Manson is shown in this handout picture from the California Department of Corrections and Rehabilitation dated June 16, 2011. Photograph:( Reuters )

Mass murderer Charles Manson is reportedly being treated for a terminal illness at Bakersfield hospital in California Wednesday.

Kern County Sheriff’s Lt. Bill Smallwood confirmed to the entertainment website TMZ that Manson is at a local hospital but could not say more.

Escorted by five uniformed cops, he has been wheeled around for several treatments.

According to the reports, Manson's health has been steadily deteriorating and "it's just a matter of time" for him.

Manson has been suffering from serious health issues since last January when he was hospitalized for severe intestinal bleeding and needed surgery to repair a lesion ... but was deemed too weak by doctors and sent back to prison.

Manson and members of his “family” of followers were convicted of killing actress Sharon Tate and six other people during a bloody rampage in the Los Angeles area in August 1969. Prosecutors said Manson and his followers were trying to incite a race war he dubbed “Helter Skelter,” taken from the Beatles song of the same name.

Tate, the wife of director Roman Polanski, was more than 8 months pregnant when she was killed at her hilltop home in Benedict Canyon on Aug. 9, 1969. Four others were stabbed and shot to death the same night: Jay Sebring, 35; Voytek Frykowski, 32; Abigail Folger, 25, a coffee heiress; and Steven Parent, 18, a friend of Tate’s caretaker. The word “pig” was written on the front door in blood.

The next night, Manson rode with his followers to the Los Feliz home of Leno and Rosemary LaBianca, then left three members to kill the couple.

Manson was initially sentenced to death but a 1972 ruling by the California Supreme Court found the state’s death penalty law at the time unconstitutional, and his sentence was changed to life in prison with the possibility of parole. He has been denied parole 12 times.