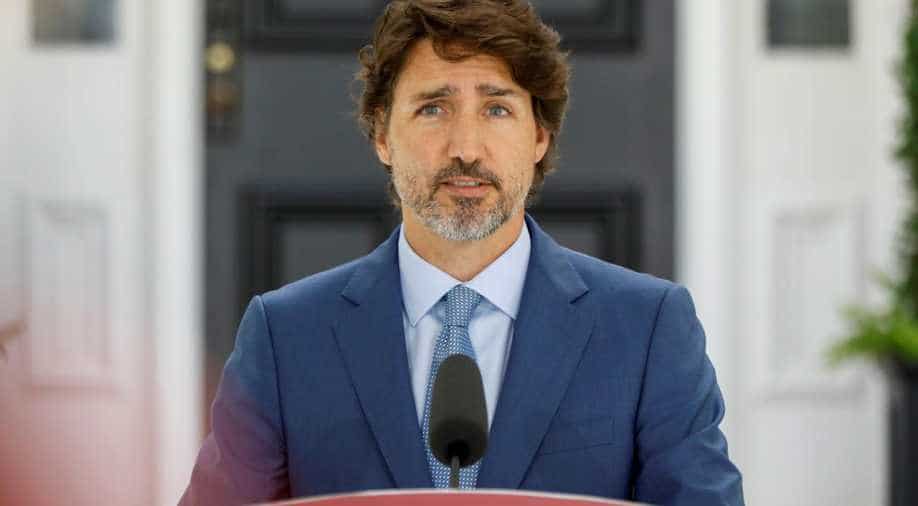 "Canada will be there to support indigenous communities as we discover the extent of this trauma and trying to give opportunities for families and communities to heal," said Justin Trudeau.

Canada's Prime Minister Justin Trudeau said that the remains of 215 children, including some as young as three found in a mass grave on the grounds of a former residential school, was not an isolated incident.

The prime minister's comments were made on Monday as Indigenous leaders called for an inquiry into every former residential school site across the nation.

"As a dad, I can't imagine what it would feel like to have my kids taken away from me," Trudeau told a news conference. "And as prime minister, I am appalled by the shameful policy that stole indigenous children from their communities."

He said excavating school burial sites across Canada, as many have urged, "is an important part of discovering the truth."

"Canada will be there to support indigenous communities as we discover the extent of this trauma and trying to give opportunities for families and communities to heal."

Thousands of indigenous children were taken from their parents and placed in residential schools across Canada for almost a century in an attempt to integrate them.

There were over 130 residential schools that were operating across Canada.

These schools, many of which were managed by religious organisations, were open until 1996 and were riddled with abuse.

On May 27, in a media release, Chief Rosanne Casimir calls the discovery an “unthinkable loss that was spoken about but never documented by the Kamloops Indian Residential School,” which was the largest school in the country’s Indian Affairs residential school system.

“Given the size of the school, with up to 500 students registered and attending at any one time, we understand that this confirmed loss affects First Nations communities across British Columbia and beyond,” the statement read.

Tk’emlups’ Heritage Park is closed to the public and no one will be permitted on-site for the duration of the work.