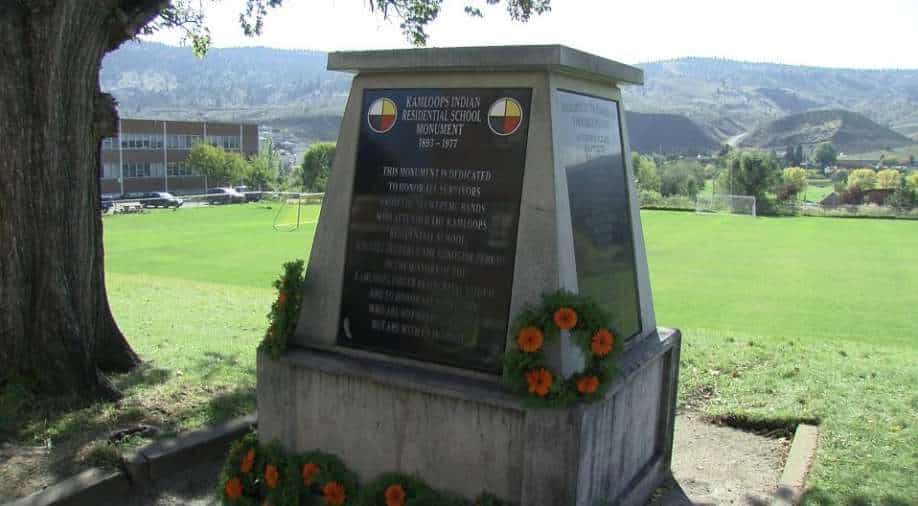 The children, some as young as three, were students at the school, which was once the largest in Canada’s residential school system. Photograph:( Twitter )

The initial investigations from a survey of the field area at the former Kamloops Indian Residential school have revealed the remnants of 215 children buried at the site.

The remains were confirmed with the help of a ground-penetrating radar specialist.

In a media release, Chief Rosanne Casimir calls the discovery an “unthinkable loss that was spoken about but never documented by the Kamloops Indian Residential School,” which was the largest school in the country’s Indian Affairs residential school system.

“Given the size of the school, with up to 500 students registered and attending at any one time, we understand that this confirmed loss affects First Nations communities across British Columbia and beyond,” the statement read.

Tk’emlups’ Heritage Park is closed to the public and no one will be permitted on-site for the duration of the work.