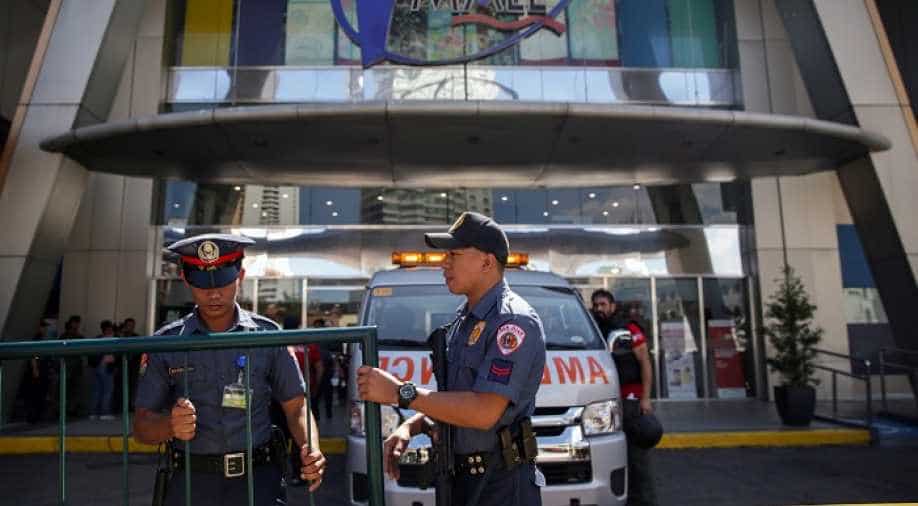 Hostages were also led out of the building, but police did not say whether any of them had been hurt nor the exact number caught up in the violence.

A sacked security guard who shot one person and took about 30 others hostage at a Manila shopping mall on Monday surrendered to authorities.

The incident that resulted in a day-long standoff that terrified shoppers and drew a massive police response, came to an end after the guard walked out of the V-Mall, where he was allowed to speak briefly to the press before heavily armed officers tackled and arrested him.

The hostage-taker complained about being mistreated by his employers.

Hostages were also led out of the building, but police did not say whether any of them had been hurt nor the exact number caught up in the violence.

The drama started when the suspect shot a security guard, said Francis Zamora, mayor of the San Juan City, which includes the mall.

Zamora told reporters the hostage-taker was upset after losing his job.

Authorities worked for hours to convince him to surrender, and later in the day held a press conference where company officers apologised for upsetting the suspect.

"I deeply regret my shortcomings," one supervisor said.

"Because of this, I will resign from my post... to give way to a solution to our current problem."

Police were in contact with the suspect for hours via a walkie talkie.

Philippine malls are centres of life that include everything from restaurants and shops, to churches and medical facilities. The building was full when the violence began.