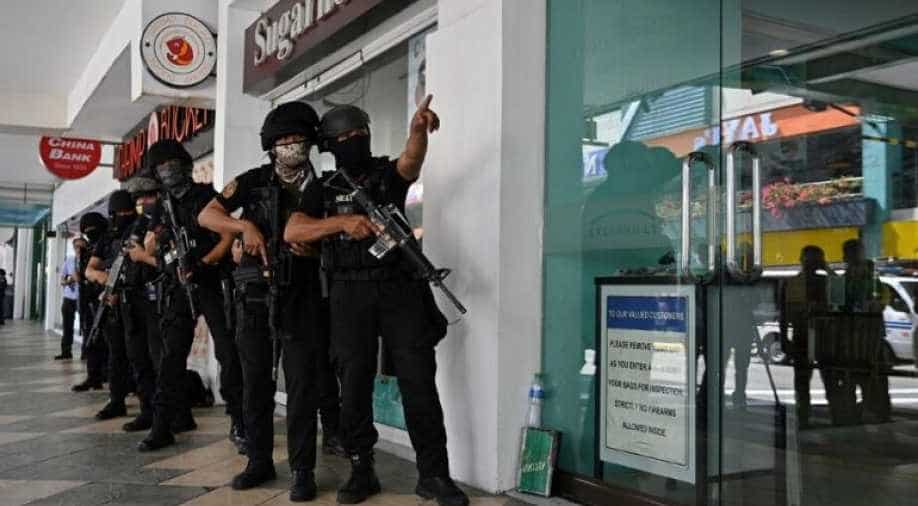 Members of a police SWAT team take positions outside one of the entrances to a mall after a hostage situation was reported in suburban Manila on March 2, 2020. Photograph:(AFP)
Follow Us

Philippine police have surrounded the area around the mall.

At least 30 people are being held hostage as a gunman has gone on the rampage in a shopping mall in Manila.

Philippine police have surrounded the area around the mall.

"The police have surrounded a shopping mall in an upscale section of Manila after a recently dismissed security guard opened fire and took dozens of people hostage," Philippine officials said.

Mayor Francis Zamora of the Philippine capital’s San Juan area said the gunman shot one person at the shopping Mall. The victim was in stable condition at a nearby hospital.

Zamora said a negotiator was trying to talk to the gunman — a disgruntled former security guard at the shopping complex — inside a mall administration office.