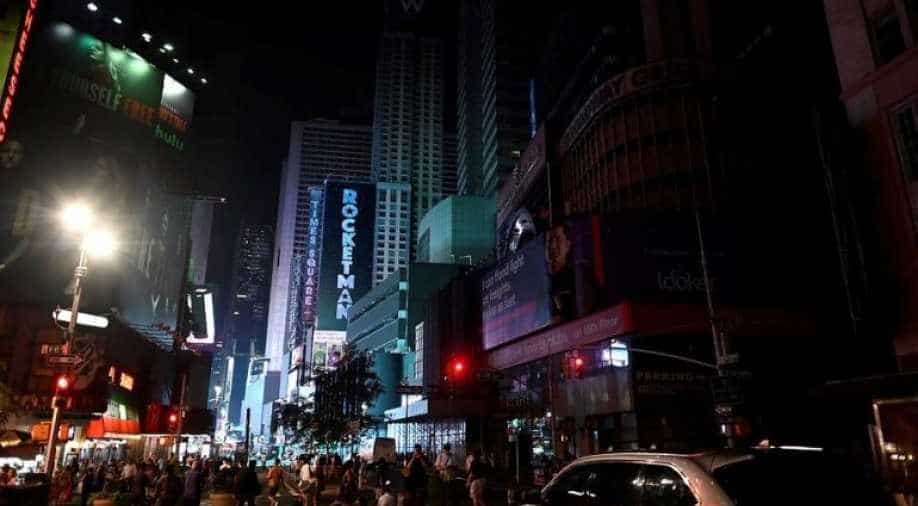 People walk down a street of Manhattan after a power outage hit the borough in New York City. Photograph:( AFP )

Mayor Bill de Blasio said on Twitter that the outage was caused by a 'manhole fire,' but later told CNN it was under investigation.

About 42,000 customers lost electricity in the early evening, according to the Con Edison utility.

Mayor Bill de Blasio said on Twitter that the outage was caused by a "manhole fire," but later told CNN it was under investigation.

"This appears to be something that just went wrong in the way that they transmit power from one part of the city to another to address demand," de Blasio said.

Firefighters said they were responding to numerous requests for help, particularly from people trapped in elevators.

New Yorkers took Saturday's outage in stride, with passersby standing in intersections to direct traffic and a disrupted Carnegie Hall concert continuing in the street.

The cut affected the western chunk of Manhattan, particularly the Hell's Kitchen neighbourhood and the Broadway theatre district.

It took place on the anniversary of the 1977 "Blackout" power cut that affected virtually the entirety of New York in the midst of an economic crisis.

Looting and vandalism then broke out, affecting more than a thousand businesses.

Twenty-five hours and several hundred arrests later, the lights came back on.