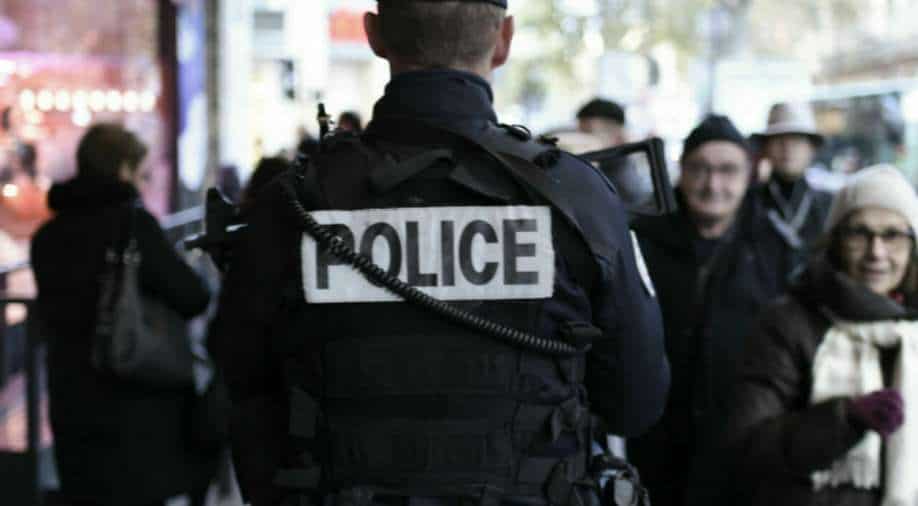 Two police officers involved are said to be in a good condition Photograph:( AFP )

A man dressed in a ninja costume, wielding a sword, was shot by the French police after he attacked two female officers in Paris.

The incident took place near a petrol station in the northwestern France of Cherbourg city on Thursday.

According to reports, the attacker had stolen a vehicle and caused an accident, following which two policewomen were called in at the site.

When the police officers approached the assailant, both of them were attacked by his word, resulting in an injury in the face for one police officer and the chin for the other.

The man— dressed in black in the style of traditional Japanese ninja fighters — was shot three times by the officers and was flown to hospital by helicopter in serious condition.

"While intervening in a vehicle theft in Cherbourg, two police officers were injured," Darmanin tweeted, adding, “(My) support to the national police."

Cherbourg's mayor Benoît Arrivé also expressed his gratitude for the work of the police, saying, "All my support to the forces of order."

Last month, a policeman in the French Rivera city of Cannes survived a knife attack after an assailant approached four officers outside the police station who were preparing to go on control.

The assailant approached the officers asking for information before opening the door of the vehicle they were in and stabbing one of the officers in the chest with a knife. The attacker then attempted to stab a second officer before he was neutralized.