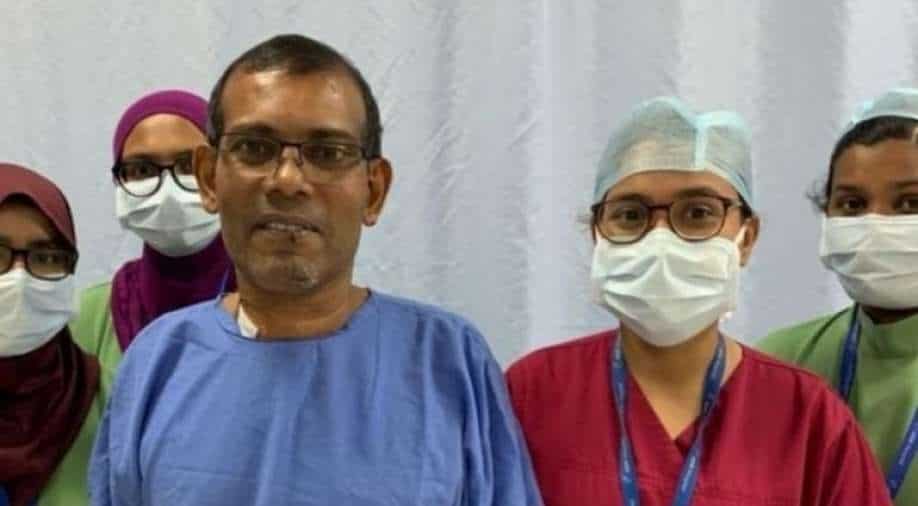 Days after former Maldives president Mohamed Nasheed was critically wounded in an assassination attempt, he has been flown out to Germany for further treatment.

Nasheed, a 53-year-old leader, had gone through a 16-hour long surgery to remove shrapnel from his liver, lungs and abdomen after which he was discharged on Thursday.

The climate activist was targeted with a remote-controlled bomb attached to a motorbike in the capital city Male a week ago.

He was taken to the airport in an ambulance, which was heavily guarded with security personnel, where a special airplane was waiting to fly him to Germany for further treatment.

“A special thanks to the health sector of the Maldives,” Nasheed said. “By the grace of Allah, I remain committed to delivering democratic good governance for the people”

The hospital staff had also posted a picture of the former president, dressed in a blue hospital shirt, with four staff members.