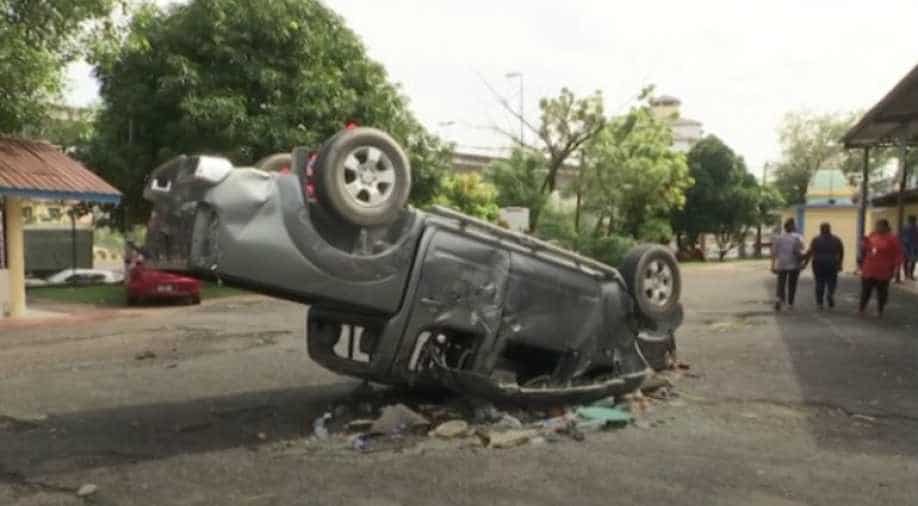 Nearly two dozen cars were damaged and many people were injured in the violence on Monday and Tuesday.

Peace was disturbed in culturally diverse Malaysia for two days this week after rioting over the relocation of the oldest Hindu temple near Kuala Lumpur.

The violence had broken out when a group attacked Indian devotees praying at the Sri Maha Mariamman temple, in Subang Jaya area.

At the centre of the feud is a 2014 consent judgement according to which the temple, which stands on a land acquired by a developer, will be relocated three kilometres away from the present location. The company which purchased the land had reportedly agreed to pay for the construction of a new temple.

The deal was to be executed by November 22 this year. When calls to move the temple by the new owner of the land did not work, the developer decided to use force against Hindu worshippers.

Nearly two dozen cars were damaged and many people were injured in the violence on Monday and Tuesday. The police has so far arrested 30 people in connection with the violence.

Malaysian Prime Minister Mahathir Mohammad has now stepped in, calling for peace and harmony. But he made it clear that the federal government has no authority to acquire the land on which the temple stands.

"Land is a state matter, we have no right (to take over the land). We have rights only with regards to the riots,"  he said.

To prevent such an incident in the future, the Malaysian government will pass a new resolution to make it compulsory for a permit to be obtained before a house of worship is built.