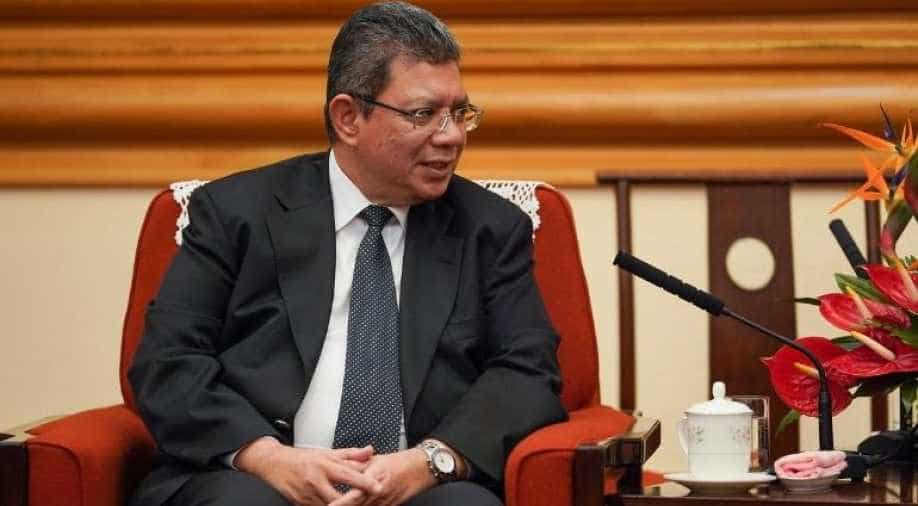 Earlier, Communications and Multimedia Minister Saifuddin Abdullah told parliament that licenses were needed 'regardless of whether they are mainstream media agencies or personal media that broadcast films on social media or traditional channels.'

Malaysia on Thursday said a licence would be required to make any video in the country, even those posted on social media platforms like TikTok, sparking a storm of criticism.

Earlier, Communications and Multimedia Minister Saifuddin Abdullah told parliament that licenses were needed "regardless of whether they are mainstream media agencies or personal media that broadcast films on social media or traditional channels."

Critics slammed it as the latest move by authorities to silence dissent and independent media, while others jokingly posted clips of cats, asking if they needed official permission.

The current law regulating video making in Malaysia dates back to 1981, and is a broad piece of legislation that officially requires anyone producing a video to get a licence from a government agency.

Opposition leader Anwar Ibrahim said the minister's interpretation would have a ''chilling effect on free speech''.

"It is clear the government wants all parties, be it politicians, or social media users to face action for content that may not fit the government's view," Anwar said in a statement.

Saifuddin did not elaborate on his remarks and his office did not immediately respond to a request for clarification.

Over 80% of Malaysia's 32 million population are active social media users, according to the Digital 2020 report by We Are Social and Hootsuite.Opposition lawmaker Wong Shu Qi said that according to the minister's interpretation, any privately uploaded video would be deemed illegal.

Individuals convicted under the Act face penalties of up to $11,748.12, a maximum of two years in jail, or both.

Rights groups say the government is trying to stifle dissent after a contempt case against a local news portal and a separate investigation into broadcaster Al Jazeera.

On Sunday, news wire Bernama reported Saifuddin as saying that Al Jazeera was being investigated for making an unlicensed documentary about the arrest of migrants, which authorities said was inaccurate, misleading and unfair.