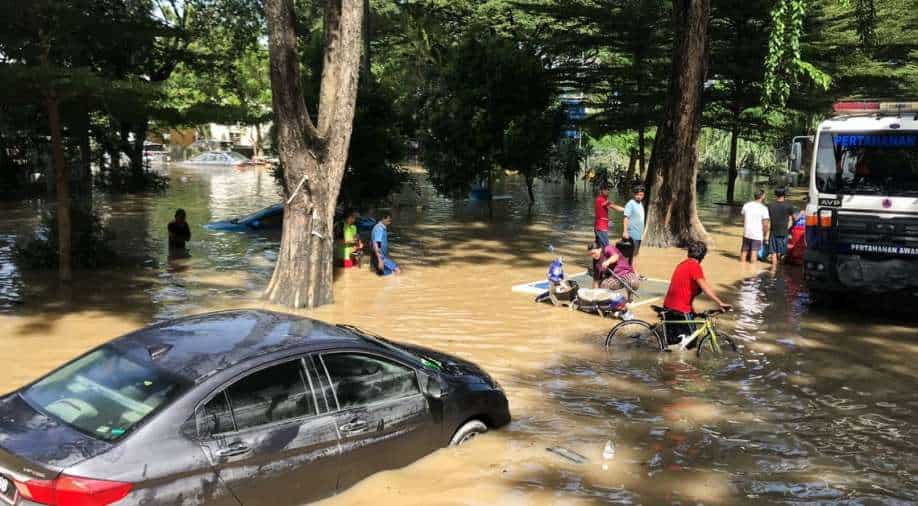 The Malaysian military deployed boats to deliver food to residents trapped in their homes amid major floods, bringing the death toll to 14 and displacing over 70,000 people.

In what is being deemed as one-in-a-100-year rainfall in Malaysia, authorities have confirmed that at least fourteen people have died as a result of the floods that have ravaged Malaysia, as the government faces criticism from the public and opposition legislators over its rescue operations.

Environment and Water Ministry's secretary-general Zaini Ujang, while speaking at a news conference said, "The annual rainfall in Kuala Lumpur is 2,400 mm and this means yesterday’s (Saturday’s) rainfall exceeded the average rainfall for a month. It is something beyond expectations and only occurs once every 100 years."

Floods are frequent on Malaysia's eastern coast between October and March during the yearly monsoon season, but particularly heavy rain that began on Friday has put a burden on emergency services across the country.

Selangor, which is the country's wealthiest state has been badly affected.

As per Prime Minister Ismail Sabri Yaakob, one month's rainfall poured down in one day in Selangor. As a result, tens of thousands of emergency service and military personnel were deployed to aid rescue efforts.

Videos that have surfaced on social media show rivers overflowing and villages being flooded. Heavy downpours have resulted in swollen rivers, emerging many urban areas and cutting major transport lines in the country.

Measures have been taken in states like Kelantan, Pahang and Terengganu to battle the floods.

PM Yaakob has announced a relief package worth 23.7 million dollars to repair the destruction that has been caused. Train services have been suspended as well.