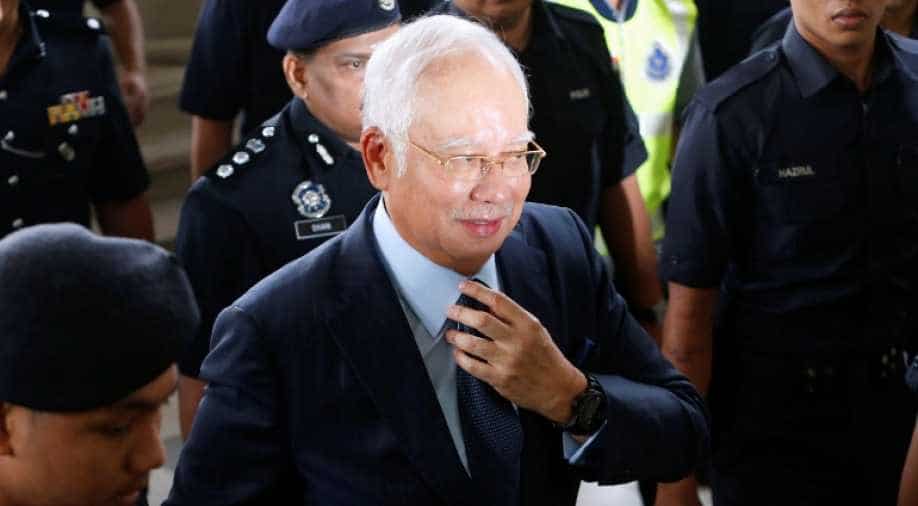 Najib has pleaded not guilty to ten charges of criminal breach of trust, money laundering and abuse of power and his trial was originally set to begin on Tuesday.

A Malaysian court on Monday postponed the corruption trial of former prime minister Najib Razak over charges related to a multibillion-dollar scandal at state fund 1MDB pending an appeal, his lawyer said.

Najib has pleaded not guilty to ten charges of criminal breach of trust, money laundering and abuse of power and his trial was originally set to begin on Tuesday.

His lawyers, however, filed an application last week to stay the trial pending an appeal over a lower court's ruling to transfer some of the charges to the Kuala Lumpur High Court, media reported.

Harvinderjit Singh, one of Najib's lawyers, told Reuters in a brief text message that the Court of Appeal had agreed to postpone the trial "until the appeal is heard".

No new date for the trial or the appeal has been set, he said.

Najib was ousted in an election in May last year amid public fury over the alleged theft of $4.5 billion from 1Malaysia Development Berhad (1MDB).

The charges against Najib relate to a suspected transfer of 42 million ringgit ($10.3 million) into his bank account from SRC International, a former 1MDB unit.

The trial is the first of several criminal proceedings that Najib is expected to face over the 1MDB scandal so far, and the sum involved is a fraction of the $1 billion that investigators say allegedly made their way into his bank accounts.

At least six countries, including the United States, Switzerland and Singapore, have launched money laundering and graft probes into 1MDB, set up by Najib in 2009.

US prosecutors say money stolen from 1MDB was used to buy a private jet, luxury real estate, artwork by Picasso and Monet, as well as jewellery for Najib's wife, Rosmah Mansor.

Najib and his wife both deny wrongdoing.

SRC was the initial focus of Malaysian investigators as all the suspicious transactions involving the firm were made through Malaysian entities, unlike other 1MDB-related transactions that went through foreign banks and companies.