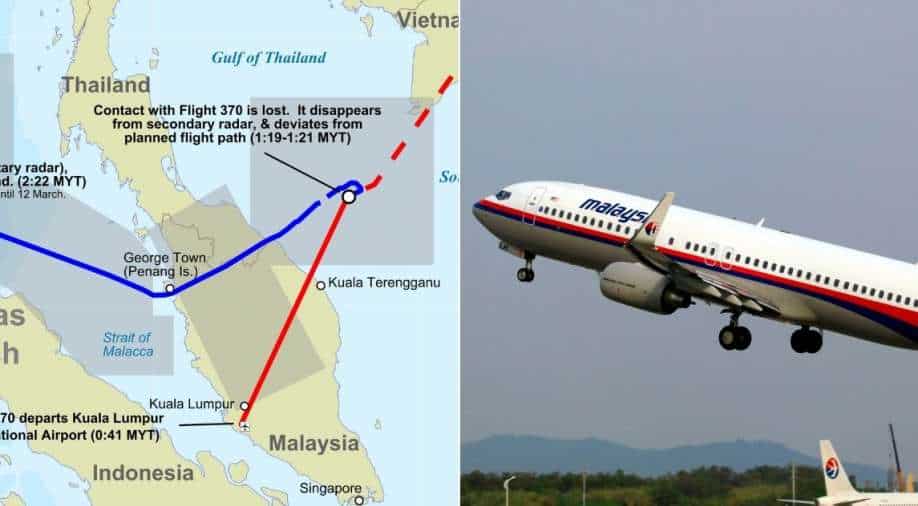 The bombshell theory suggests that the MH370 was lost in a "murder-suicide plot". During the Sky News documentary "MH370: The Final Search", two air crash investigators made the claims, mentioning the suicide plot.

The loss of MH370 was no accident said John Cox, who is a top aviation safety investigator and retired pilot. The documentary was aired on Wednesday night.

The crew last communicated with air traffic control (ATC) around 38 minutes after takeoff when the flight was over the South China Sea.

After that, the aircraft was lost from ATC radar screens, however, it was tracked by military radar for another hour. The aircraft was found deviating westwards from its planned flight path.

Commenting on the deviated path, Cox told Sky that the plane's twisting route indicated that the flight had been commandeered by one of the captains.

He told News Corp Australia as quoted by Daily Mail: "I think the evidence is pretty overwhelming that the aeroplane could not have flown the route it did with all the respective turns without that being a commandeered manoeuvre."

While pointing out the suspicious over the responsibility of First Officer and pilot for the flight's path, Cox said that the route had to have been flown by someone with expert knowledge.

Cox said that the aircraft's datalink system could have been disabled by Shah as he was the only one aboard with the knowledge and experience to do it.

However, he believed that his theory is unlikely to be proven because the Malay air crash probe requires certainty.

The theory is not entirely new as previously also, claims were made that the pilot tried to hijack the plane.

The disappearance of Malaysia Airlines Flight 370 is one of the greatest aviation mysteries.

Malaysia, China, and Australia called off a two-year, A$200 million underwater search in the southern Indian Ocean in January 2017 after finding no trace of the aircraft.

A second three-month search, led by US firm Ocean Infinity, ended similarly in May 2018.