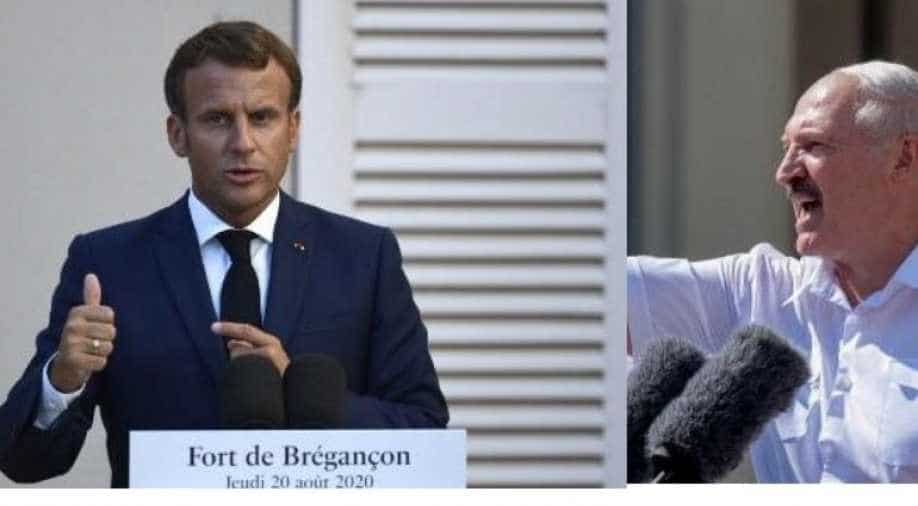 Macron ready to back EU intervention in Belarus Photograph:( AFP )

On Thursday, Belarus opened criminal investigation into attempts by the Opposition to "seize power" as the situation in the country continues to go downhill

Amid the political crisis in Belarus, French President Emmanuel Macron has offered EU mediation along with Russia even as German Chancellor said Lukashenko "has not sought to contact" EU leaders.

Also Read: 'Focus on your own issues', echoes Lukashenko while EU convenes to discuss Belarus crisis

On Thursday, Belarus opened criminal investigation into attempts by the Opposition to "seize power" as the situation in the country continues to go downhill after the August 9 election which was rejected by the Opposition demanding a new election.

In a statement, Macron who is trying to find a solution, said: "A dialogue between the authorities, the opposition and civil society is essential... We hope that this dialogue can be established by the Belarusians themselves. But the European Union stands ready to accompany it, if our role of mediation can be useful and is desired by the Belarusians, with other institutions... and including Russia," Macron said as he met German Chancellor Angela Merkel.

"There is only one way forward: through political inclusive dialogue and a peaceful and democratic process," Michel said.

The European Union had earlier rejected the result of the presidential election alleging that there was widespread vote-rigging and suppression of protests in the country even as protesters marched through central Minsk and gathered in Independence Square demanding Lukashenko to leave.

Amid the peace moves by Macron, Lukashenko ordered his security services to clamp down on any more unrest. However, Belarus's foreign minister Vladimir Makei said that "change is needed" in the country.

"No one is denying that, but not at the cost of civil confrontation or a revolution,"  Makei said.