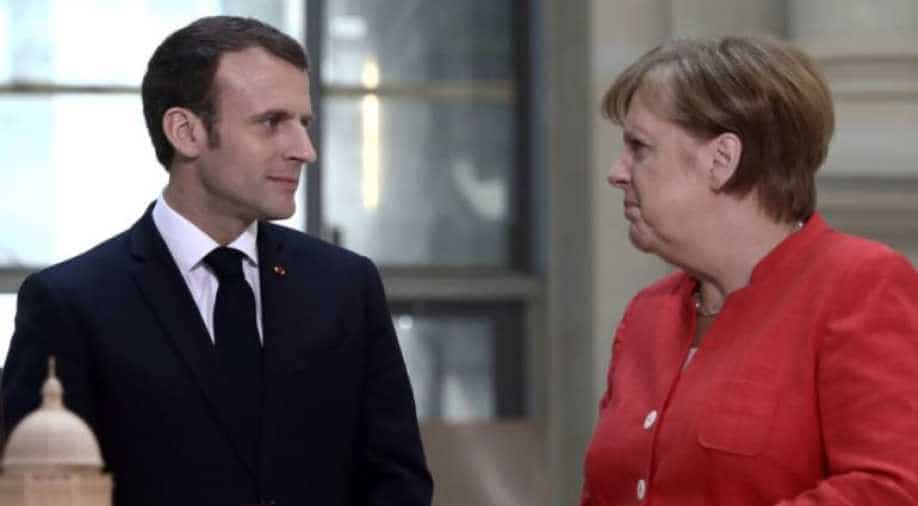 Their remarks came a day after representatives from Ukraine, Russia and the Organization for Security and Co-operation in Europe (OSCE) announced that a fresh ceasefire would start Saturday morning.

The leaders of France and Germany on Friday reiterated their call for a "solid, full and permanent ceasefire" in Ukraine's conflict-torn east ahead of a planned cessation of hostilities.

Their remarks came a day after representatives from Ukraine, Russia and the Organization for Security and Co-operation in Europe (OSCE) announced that a fresh ceasefire would start Saturday morning.

More than 10,000 people have been killed since the Moscow-backed insurgency broke out in eastern Donetsk and Lugansk regions in April 2014 following Russia's annexation of Crimea from Ukraine.

The 2015 Minsk summit laid out a ceasefire and international monitoring in eastern Ukraine, but a pro-Russian insurgency has persisted.

"The approach of the New Year's and Orthodox Christmas holidays must serve as an opportunity for the stakeholders in the conflict in eastern Ukraine to focus on the needs of civilians, who have suffered all too long as a result of this conflict and its consequences," the leaders said.

"The guarantee of a safe and secure environment should enable the implementation of crucial humanitarian measures. We now call on the parties to assume their full responsibilities, especially with regard to civilians in the area."

On Wednesday, Ukrainian President Petro Poroshenko announced the end of martial law in the country's border regions, which was introduced last month after Russia's seizure of three of Kiev's navy vessels in the Sea of Azov.

Russian border patrol boats fired on, boarded and seized the three Ukrainian vessels, along with 24 sailors, in November off the coast of Crimea. The sailors are still being held in detention by Russian authorities.

Macron and Merkel said these "excessive inspections" were a source of "deep concern".

"We call for all ships using the Kerch Strait to be given safe, free, and unhindered passage, and for the immediate and unconditional release of the Ukrainian sailors. They too must be allowed to spend the holidays with their families."

In a separate statement, Merkel's office said the chancellor had also discussed the Ukrainian issue with Russian President Vladimir Putin during a phone call Friday and urged the release of the sailors.