Lukashenko warns of bloodbath in Belarus if opposition assumes power 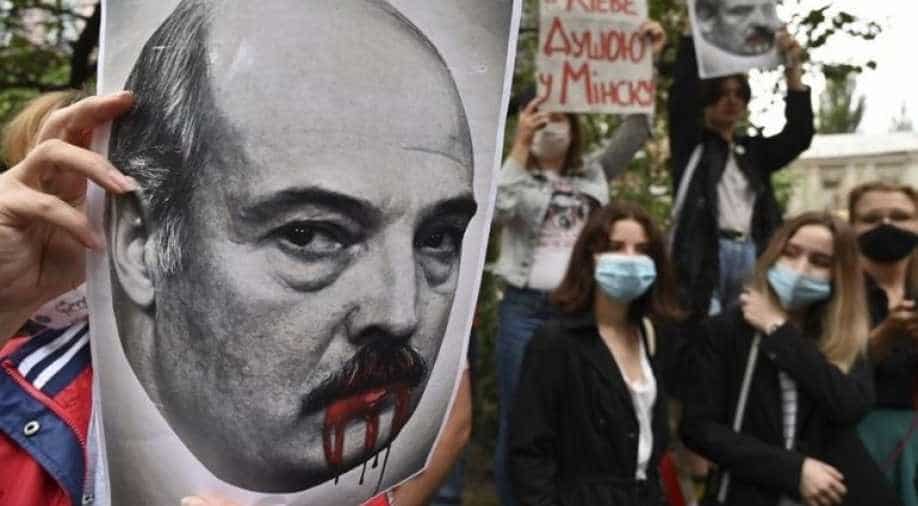 Belarusian President Alexander Lukashenko who is facing nationwide protests and international pressure amid allegations of a fixed election recently said that if opposition were to assume power in the country, it would mean a complete bloodbath and that the opposition would “cut everything to pieces”.

"I want to protect what we have been creating for 25 years, a quarter of a century, with our own hands. We raised this country from the ruins, the ashes, thousands and millions of people are behind me, and I know if they [the opposition] come to the power, they will cut everything to pieces, begin to kill people and their children”, he announced.

The veteran leader had earlier denounced the demonstrators as "rats" and was seen in state media footage wearing body armour and holding a rifle, projecting an unyielding image amid the huge nationwide demonstrations that erupted after a disputed election on August 9.

“This is what worries me, not the power, as some people in Russia say that Lukashenko is holding on to power. I don't want my country to be cut to pieces, which I've built from the ruins of the empire, and I don't want the honest, decent people who worked on it to be killed. This will not be lustration, as some say. It will be a bloodbath. What happened in Ukraine would seem like a walk in the park”, he added.

The protests have provided the biggest challenge yet to Lukashenko's 26 years at the helm and tested the loyalty of his security forces.

Minsk's streets turned red and white in the last week of August as demonstrators carried flags symbolising their opposition to Lukashenko and chanted for him to leave power and for new elections to be held.

Protests triggered by Lukashenko's claims of a landslide election victory found a leader in opposition candidate Sviatlana Tsikhanouskaya, a former teacher who took her jailed husband's place on the ballot.

Following threats to her safety, Tsikhanouskaya fled to neighbouring Lithuania.

Tsikhanouskaya, who speaks Russian at home, has said she would like to see Belarus maintain close relations with Russia, but that Belarus should remain independent and not integrate further into Russia.