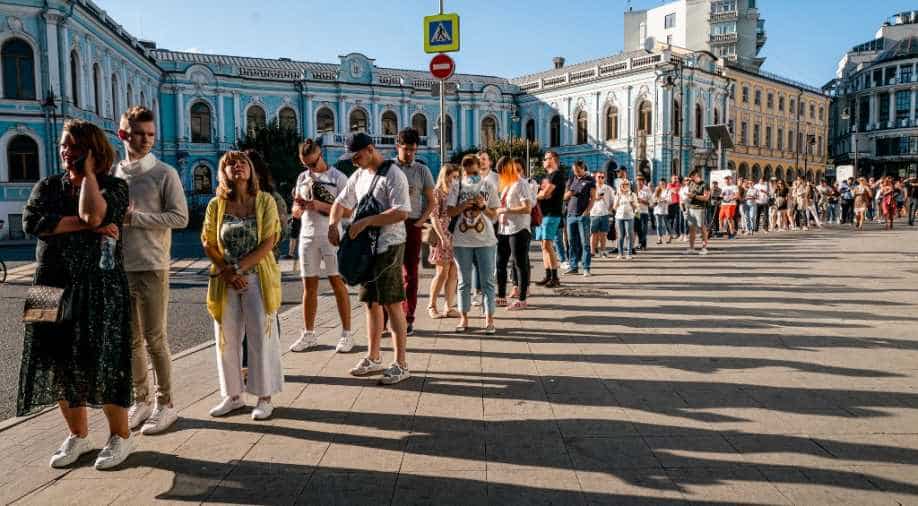 Security was tight in Belarus for the election, with police deployed across the city and special forces at checkpoints.

Election officials in Belarus accused the opposition of an "organised provocation" on Sunday as long queues formed outside polling stations during a tense presidential vote.

Leading opposition candidate Svetlana Tikhanovskaya had called on supporters to vote late supposedly to help prevent election fraud and AFP reporters said long lines of voters had formed outside polling stations in the capital Minsk, just hours before voting was due to end.

"This is what has led to the very long queues at polling stations," she said in televised comments.

Security was tight in Belarus for the election, with police deployed across the city and special forces at checkpoints.

President Alexander Lukashenko, who is facing the biggest challenge to his authority in years, has alleged his opponents may be planning unrest.

Big queues had also formed at Belarusian embassies abroad, including in Moscow where hundreds were lined up outside the embassy only two hours before voting was due to end at 8:00 pm local time (1700 GMT).

Lukashenko has ruled the ex-Soviet country of 9.5 million people with an iron grip since 1994.

She announced she would run in his place and has drawn tens of thousands of supporters to campaign rallies.